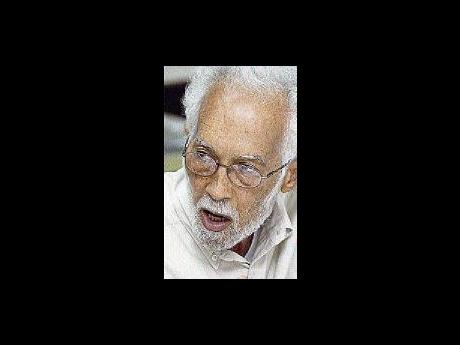 The headlines scream new murder record. But no one is surprised. At five a day, including Christmas Day, even the deaf and the blind could hear and see it coming.

Over the last 20 years, the pattern has been well established - a series of anguished peaks and hope-giving troughs, but every trough shallower, every peak higher, than the last.

This peak, though, is just too déjà vu. I detect a tiredness of it all. As with taxes and the debt, the nibbling at the edges has become so painfully obvious. Some significant success, visible in the statistics, through the Peace Management Initiative, Grace and staff and a few others in several divisions of the Kingston Metro-politan Area have taken place but nothing comprehensive and systematic, nothing islandwide has been offered by successive administrations, as though Kingston-St Andrew was the whole of Jamaica. Nothing visionary. The overall plan (on the way?) is yet to emerge.

Harold Crooks has said it: needed, sustained, socio-economic measures have not been implemented.

To this, I would add that the impunity of the Jamaica Constabulary Force - in both its corruption and extrajudicial killings - is still to be really tackled. Too often we are given the prosecution, if any, of small fry and - to the point of surfeit, felt now by all - changes of top security personnel, faulted for what they cannot deliver.

What is likely to follow now, let us beware, are measures born of desperation along the same lines as before - more toughness, harsher crack-downs, quicker executions. These measures have never worked. They are just more nibbling, more wasting of resources more sufferation for poorer Jamaicans.