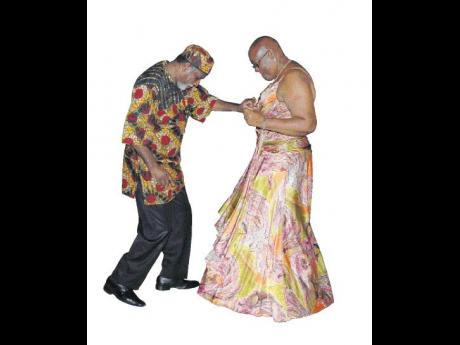 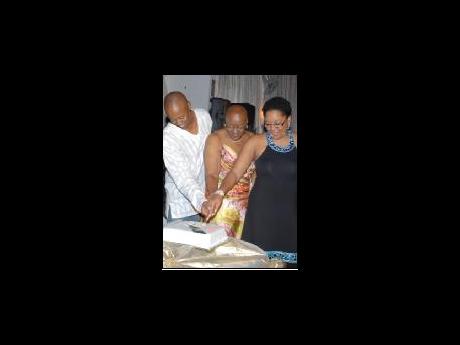 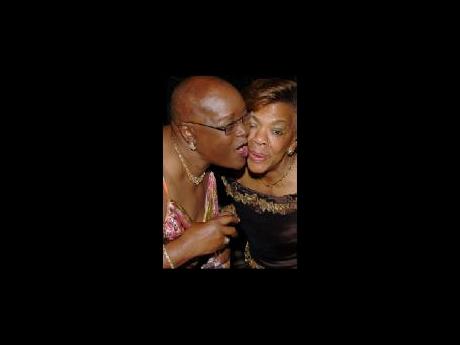 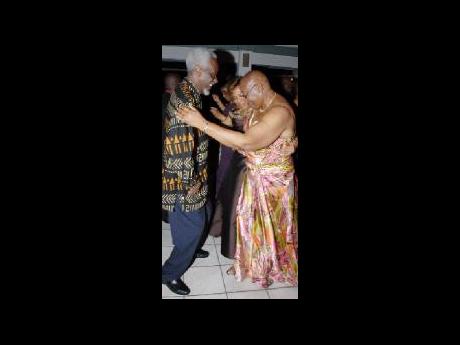 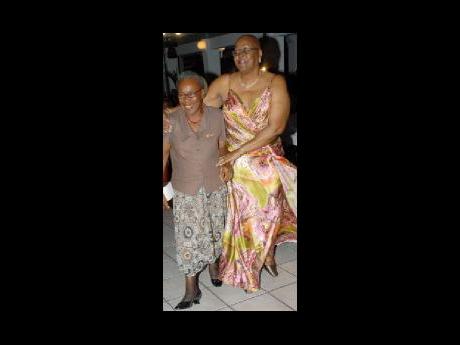 She's one woman who isn't afraid of telling her age. Why should she be? After all, when you look as good as Audrey Hinchcliffe does at 70, you have all the right to shout it from the mountain top. As she said, paraphrasing an old English proverb, 'The age of a woman don't mean a thing. The best tunes are played on the oldest fiddle'. In other words, "the older the fiddle, the sweeter the tune!"

Hinchcliffe's tune was beautiful last Friday, as her closest friends and associates gathered at Caymanas Golf and Country Club in St Catherine to celebrate her threescore and 10 years. Those were definitely 70 very good years, as everyone seemed to be talking about how youthful she looks. It must be a family thing, as her 85-year-old sister Millicent Williams' good looks defy her age, by decades as well.

By the end of the night, Hinchcliffe's arms must have been tired and her cheeks glowing from all the kisses and hugs she received. Everyone had a chance to wish the birthday girl the best at the cocktail reception by the pool, which kicked off the night. There was a shower of rain early in the evening, but it didn't last long and proved to be a blessing for Hinchcliffe's party.

After a satisfying dinner, it was time for the lady of the moment to bask in the glow of tributes. From her 90-year-old elementary school teacher, Ices Richards to tertiary batchmates, to her family members, any secret you wanted to know about her, you could hear from the persons who know her best. The family chef (as noted by her son), and the baby of nine children, truly had a fabulous celebration.

As the formalities came to an end, she used the opportunity to respond. In her usual style, Hinchcliffe took it in good humour, embracing her age and joking about the numerous medical complications that might soon beset her.

Her final words for the evening: "'Age is a matter of feeling, not of years', says one George William Curtis. So let's celebrate the heck out of life! Errol, strike up the band! Let us dance, dance, dance!"

Audrey Hinchcliffe gets a hug from Dr Peggy Barnett.