The war for Jamaica 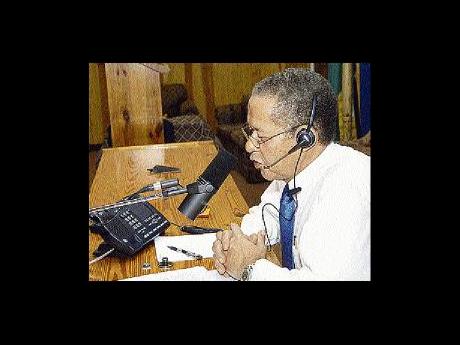 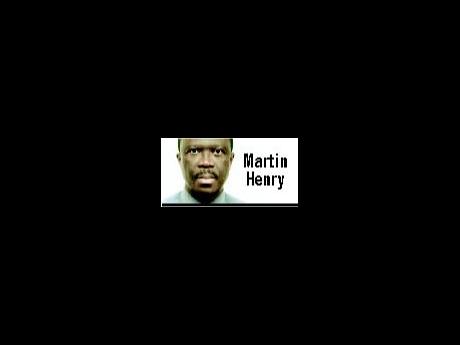 I am so utterly proud of my country at this moment. In true Jamaican fashion, we have rallied to the assistance of stricken Haiti. Our prime minister has laid down his debt-management broadcast script to personally lead Jamaica's first response team to our earthquake-ravaged Caribbean sister. The leader of the Opposition was side by side with him. Would, to God, we could face our own national crisis, which prompted yet another prime ministerial broadcast, in similar fashion. Jamaica has assumed leadership of the CARICOM response and is to be a staging area for getting relief into Haiti.

Our own problems and difficulties now appear so much smaller, so much more manageable. That 7.0 magnitude earthquake could have been ours. Devastated Port au Prince is only about 250 miles from Kingston and Haiti and Jamaica lie on different sides of a major fault line which was due for movement to release pent-up energy from tectonic plates jammed against each other locking in enormous energy.

When the first news images started coming through on television, my daughter exclaimed, "Look how dem look like wi and soun' like wi!" Never mind the French-based Creole versus the English-based Creole. Proximity of space and blood has broken our hearts. I tried hard, but as the sheer magnitude of human death and suffering next door kept pouring in, the floodwaters broke loose, and I wept.

There really was no need for impassioned appeals for donations from Jamaicans. We, an extraordinarily generous people, knew what we had to do. The real problem is how to get all that stuff which has poured in airlifted into Haiti.

The media have reported the Haitian disaster generally in sober, measured fashion. The story has been given the top billing and depth, which it rightly deserves, day after day. This has meant, and correctly so, giving our own top national news item, the debt-management programme, a subordinate position. Can we count on the media to handle our debt-management programme in similar responsible fashion?

Although on a different scale of magnitude to the reconstruction of Haiti, a country which has never known good times since independence just over 200 years ago but has lurched from crisis to crisis, the rescue of the Jamaican society and economy is nonetheless a serious and demanding undertaking requiring the kind of collaborative support we have given to our stricken neighbour.

Haiti could do nothing about its earthquake. We must do something about the devastation of our society and economy, a devastation largely created by our own foolish and short-sighted choices over many years. One of the world's highest debt-GDP ratios and one of the world's highest murder rates are not accidents or natural disasters. As Prime Minister Golding has often reiterated in his many crisis broadcasts, they are by and large our creation.

But recrimination and blame-casting are not very useful now. Some financial analysts have chosen to emphasise how late this Government has been in taking the course of debt-management action, which was announced by the prime minister in his last Wednesday night broadcast. The fact of the matter is that the measures are not just one year late, they are a generation late. Firm debt management should have begun at least from the time we entered our first borrowing arrangement with the International Monetary Fund in 1977.

As the prime minister told the nation again, right at the start of the broadcast, "Every year, for many years, we have been spending more than we earn. Every year, we have to borrow to make up the difference, so, each year, the debt gets bigger and bigger and each year we have to set aside more money to pay the interest on that debt." It has reached the stage that, "for the last 10 years [not two years], all of the taxes we collect have had to be used to service that debt."

Quite literally, the back of the country is pressed against the wall. We cannot continue like this. The social and economic meltdown, postponed for a generation by more and more loans, cannot be postponed forever. In what is coming to light as a brilliant strategic political move, the Government has managed to sell certain inevitabilities to various sectors of the society as negotiated conclusions.

The financial services and their investing clients have benefited from exceptionally high interest rates on government paper. They must now accept lower interest rates under the debt-management programme, freeing up, in the first instance, some $40 billion of interest payments by the Government. It was set to cost the Government $182 billion this fiscal year, that is nearly 40 per cent of the total budget, to pay the interest alone on these bonds of the domestic debt. Lower interest rates can direct more money into productive activity to grow the economy away from the sterile pursuit of high-interest Government paper. No wonder the Jamaica Manufacturers' Association and the Private Sector Organisation of Jamaica are happy. They have been complaining for years about high interest rates.

A collapsed economy and endemic social disorder benefit no one. The trade unions and their members in the public service have 'accepted' a wage freeze, in the first instance, and will 'accept' any necessary job cuts in the next fiscal year. The PNP parliamentary Opposition has quietly accepted, or at least dares not, as is the case with the bankers, oppose the debt-management programme on which so much of the nation's future well-being hinges. The party will be back in power, and reigning over shambles is not a brilliant prospect.

The stark fact of the matter is that, "On the success of this venture depends the approval of our programme by the IMF and the funding that has been authorised by the International Development Bank and the World Bank." So who is going to say no to the programme and on what grounds?

From all appearances, the Government has successfully pulled off a major coalition-building strategic manoeuvred in the larger national interest and, all the while, relying on a finance minister whom many, including this newspaper, wanted out. Who the genius replacement from the backbenches of the Government side in Parliament was to be was never made clear, for he or she could not have been kept so well-hidden inside the current Cabinet which has collective responsibility for the Government of Jamaica.

This is not to say that the Government is a great bunch. The party now forming the Government has made its own sterling contribution to the state of the nation, both from previous governance and from opposition. The Government waffles and bungles and is accumulating its own burden of corruption, though hardly worse than its predecessor. The prime minister himself has an unsavoury political past from which he once walked away, and he is now entangled both as head of Government and Member of Parliament in a sticky extradition matter rooted in our ugly political history in which he was a key participant.

But it is them that we have at this critical moment. If the necessary changes cannot be accomplished through them now, our future pain will only be greater. We must learn to use what we have to get what we want. Despite the constant antagonistic yapping, it seems to me that Jamaicans deeply understand our circumstance and the opportunity for change, with sacrifice, and are coolly, but critically, supportive of the Government they

marginally elected in September 2007, glaring faults and all.

Among the several points made in the debt-management broadcast by the prime minister, we have are two vitally important ones:

1. The programme cannot and does not stand alone. It is only one critical part of a much more elaborate programme to correct long-standing weaknesses in our fiscal and economic management

2. The IMF (not said quite that way) has placed us under 'heavy manners' of an intensive and extensive programme of monitoring and surveillance.

My big disappointment with number one is the everlasting harping on "fiscal and economic management" and not saying enough about the necessity of core social transformation like crime reduction and public order, without which no economy can flourish, as the IMF and World Bank well know and have said. And, yes, tax reform must be deep and systemic. "More taxes … not more taxation!"

And it is not just the IMF that will be monitoring our performance; a fiscal responsibility framework to be legislated will give Parliament a big monitoring role and the government-in-waiting Opposition a chance to shine in a constructive way. The media and the public at large will have a part to play.

"Have we not heard [much of] this before?" Yes! But rallying to our own fight in the war for Jamaica under IMF heavy manners, as we have rallied for Haiti, could well be the turning point which will make it unnecessary for the next generation to hear it again, with even greater pain attached.