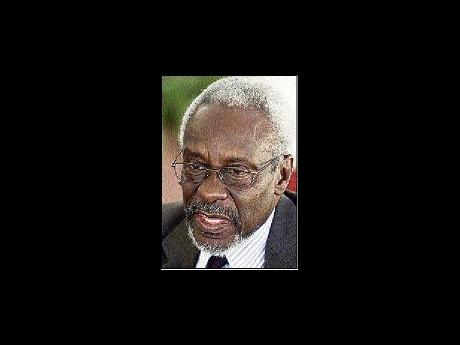 The People's National Party (PNP) has welcomed the decision of the Caribbean Community (CARICOM) to appoint former Prime Minister P.J. Patterson as its representative on the committee organising the international conference for the reconstruction of Haiti.

Speaking on behalf of the party, spokesperson on foreign affairs Anthony Hylton hailed the decision and said, "The choice of former Prime Minister P.J. Patterson as a member of the international committee on the reconstruction of Haiti is most appropriate as Mr Patterson has singularly demonstrated his vision and commitment for Haiti as an integral member of CARICOM, and of the wider international community."

He added that "the appointment vindicates Patterson's leadership role within CARICOM for decades" and expressed hope that the conference, and Patterson's inclusion in its organising, will mark an important milestone in the long struggle for Haiti's reconstruction and sustainable development".

The PNP said it believes that this was just recognition of Patterson's work over the many years both as prime minister and minister of foreign affairs and makes immediate use of the appointment as one of the most recent recipient of the distinction of the Order of CARICOM.

The PNP said that it wished Patterson well as he embarks on this latest assignment "and hopes that this signal for Haiti a seriousness of effort by the international community and CARICOM to make an adequate response to Haiti's many decades, indeed, centuries of struggle for human dignity and prosperity".

Hylton added: "This, however, does not absolve the Golding administration from continuing Jamaica's leadership role within CARICOM in ensuring that the organisation is strengthened and focused on playing its central role in Haiti's reconstruction."