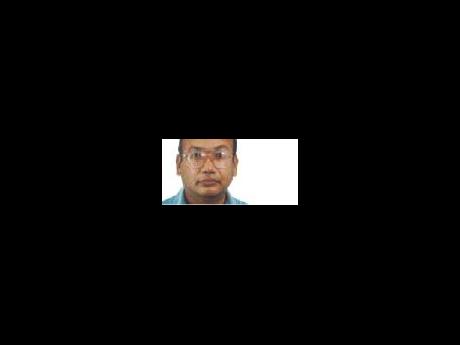 Prime Minister Bruce Golding told Guyanese journalist Ricky Singh, "there is hardly a functioning government in Haiti." After 2006, Haiti did improve from being a failed state to a fragile state. By mid-2009, reports on its political stability, executive-legislative relations, technical competence and national security were becoming more positive.

In a time of crisis, a country needs a functioning government more than ever.

However, Haitian lawyer and activist Ezili Danto said after the January 12 earthquake, "The palace collapsed, the police headquarters collapsed, the parliamentary building collapsed with legislators inside it. No one knows how many policemen, municipal workers, legislators were there, how many escaped, who is injured". Many ministers are still missing but the president and prime minister are alive.

Haiti has survived periods without government before. For five months, between April and September 2008, it did not have a government. Food riots had caused the legislature to dismiss then prime minister, Edouard Alexis, and his Cabinet. Haiti has not had stable government either. After Alexis, Michelle Pierre-Louis became prime minister but she only lasted a year for failure of more speedy recovery from the previous year's hurricanes. Her successor, Max Bellerive, was only appointed less than three months ago. He will be under pressure to scrape a functioning government together and make it work somehow.

In 2006, Bill Clinton said, "Politics is still the best hope we have for solving our problems." Haiti needs functional government and developmental politics more than ever. At best, Haiti was a fragile state where the government could not deliver core functions to the majority of its people. Haiti is now also a post-conflict state, one emerging from a coup d'etat and civil war. Haiti is also a recovering state, recovering from four consecutive storms and hurricanes in 2008. Now, on top of all this, it is a disaster state with government and critical national institutions collapsing.

There is, naturally, a power vacuum in Haiti. That vacuum is being filled by the United States' State Department, under Hillary Clinton. Her husband, Bill Clinton, has been the United Nation's Special Envoy to Haiti since May 2009. His job is to raise foreign investments and international aid for Haiti. He has complained that governments of the world have fallen well short in actually delivering what they have pledged. Haiti's budget depends to a great extent on international support.

The State Department's approach to the crisis is typically American and angers some Haitians and NGOs. Reports outside of the American media say the American-led rescue-and-recovery operations favour American and European diplomats and the expatriate community first. It favours the Haitian elite second. The State Department has commandeered Haiti's one functional airport for all of this. This had prevented loads of aid and relief supplies from landing because these pick-up planes had caused a backlog on the airstrips. CARICOM allies sent an assessment team to Haiti. The Americans initially turned them back because they couldn't land.

CARICOM is still trying to find a political space in the power vacuum. Hillary Clinton stopped over to meet with the Jamaican prime minister. CARICOM offered the excellent idea of using our Norman Manley International Airport, only 45 minutes away from Haiti, as a holding area for aircraft that could not land in Haiti, and even as a hub and centre of international airlift and humanitarian operations. Hillary Clinton liked the idea. The US won't take Haitian refugees. Jamaica will. Cuba has offered its airspace and logistics too and is willing to work with the Americans.

In the meantime, relief supplies initially took much longer to get to the actual people than it should have taken. The American State Department operations have also been aloof to working with the experienced Cubans and Venezuelans, who were actually among the first ones to get there. In fact, 400 Cuban doctors had already been working among the poor in Haiti.

Jamaica and CARICOM have been doing the best they can. The prime minister and leader of the Opposition flew into Haiti two days after the earthquake. They were among the first overseas political leaders there. Guyana, the headquarters of CARICOM, offered US$1 million. The Guyanese dollar is US$1: G$200 and, as a percentage of its gross domestic product, this is far greater than most rich countries have offered. Remember, these rich countries have pledged, year after year, far more than they have actually delivered to Haiti.

Haitians have been the critical rescue-and-relief workers in the first crucial days. They walked miles from distant regions to the most devastated areas to dig into the rubble with their bare hands hours and days to find their compatriots. They did not have tools and machinery to work with. They had little food and water. They have been the real heroes.

The Caribbean and Latin America must create space for engagement in Haiti as they did after Aristide was forcibly removed by what Caribbean historian Professor Hilary Beckles called the "North Atlantic Alliance". The actions of this alliance over centuries led to the collapse of Haitian society and economy, once the most prosperous of all Caribbean colonies. Beckles makes a telling comparison. He says, "During the long 19th century (Haiti's forced reparations) to France amounted to 70 per cent of the country's foreign-exchange earnings. Jamaica today pays up to 70 per cent in order to service its international and domestic debt".

The western press is already reporting "rising lawlessness", some believe, to justify a full military operation.

In the space created, the Caribbean (and Latin America) must do emergency work. Happily, CARICOM and the University of the West Indies, as well as the Caribbean Disaster Relief Unit, ODPEM and the Jamaica Defence Force, are already well-engaged. The wider Americas (Brazil, Mexico, Cuba, Venezuela and others) must be continuously engaged. Gladly, P.J. Patterson has been suitably selected to join a coordinating group on Haiti's reconstruction to represent CARICOM. The group will include major powers, the UN and development banks. It too must balance the North Atlantic Alliance.

CARICOM must also see to restoring conditions as quickly as possible for legislative and presidential elections, due (February and November) this year, so that the catastrophe does not unduly interrupt the fragile process of building democracy. CARICOM must get United States President Barack Obama to take a personal and direct interest in Haiti, rather than leave things to the State Department's ideologues. The State Department's approach is not always the same as that of his White House. It is still steeped in the past prejudices and hostilities of American foreign policy. It might be American but remains un-Americas. It is not the America Obama wants and promised the world.