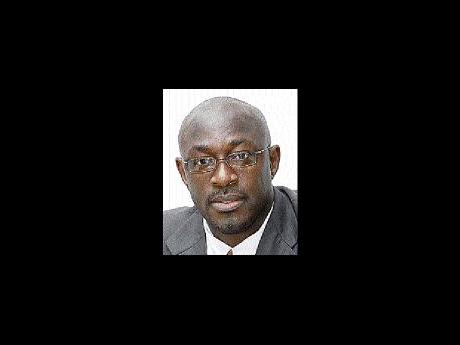 American author John Maxwell in his book on the laws of leadership placed the 1976 victory of Jimmy Carter as president of the United States in context. He argues that it was the forces of change and Carter's relative 'unknownness' that brought him to power, rather than his appeal. The American people had become tired of the Washington league, the hubris of the Nixon era, the arrogance of the Kissinger foreign policy and the greed of those who milked the system. This peanut farmer had, as his distinct advantage, the fact that he was little known.

By 1980, after the botched hostage deal and other foreign policy blunders, America came to the view that the demands of the day required someone else. Carter had reached the maximum of his inherent capacity. Maxwell called this the "law of the lid". By this he meant that a person's abilities have a cap and try as one might, one cannot exceed his/her cap.

Using the insights from Maxwell, I had privately (that is to say within a small circle) predicted that Portia Simpson Miller would be a one-term prime minister, and so she was. I will offer my opinions on the current PM at some time in the future, but I am here and now prepared to predict that Barrack Obama is likely to be a one-term president. I was of this view prior to the second loss of a Democratic safe seat some weeks ago (in Virginia) and am more convinced after the performance of the Republicans in Massachusetts (on January 19), a heartland of Democrats, the Senate seat of the late Ted Kennedy. What a gift for the first anniversary of Obama's presidency and what a possible omen for 2012!

There are four reasons that make it unlikely, in my view, for Obama to win in 2012.

1. On the war front Obama sounds as much like the Bushes as he does like Lynden Johnson. He has more troops in Afghanistan than did Bush Jr. Nothing he says about war these days carries the tone of a peacemaker. In receiving the Nobel Peace Prize Obama was forced to defend America's war record and to argue (as did Reagan) that America's military might is a necessary recipe for peacemaking!! That kind of argument is evidence that wars are not decisions of the president but the dictates of the presidency. That Obama has not distinguished himself in this critical area on which so much of his promises rested means that many Americans are going to view him negatively next time around.

2. The reform of health care carries too much danger for the drug and insurance companies. Despite the votes in the House and the Senate, there remain certain critical hurdles, and the Obama administration, may face tough challenges with the Massachusetts Senate seat now in Republican hands. That Obama has pinned his domestic agenda on this issue places him in an all-or-nothing contest.

3. The president has not been able to stop the avalanche of bonuses paid to big bank CEOs and he seems woefully inept at doing so. Ordinary Americans are going to vomit at what they will hear about the latest round of bonuses. The question they will be forced to ask is whether there is really a drastic enough difference between Obama and others.

The shine is gone

Sentiment aside, unless Americans have more in their proverbial 'pocket books' the Obama shine will be off the ball in no time. My sense of the American pulse is that the shine is gone. At his speech at a Baptist Church marking Martin Luther King's birthday he sounded like a broken record and overused old Exodus scriptures that were the heartbeat of the American black church a generation ago. The metaphor of struggle and overcoming won't be deemed as appropriate when you have power. Such metaphors are for those who are powerless.

(4) The job of presidency prevents regular intercourse with the masses of the base and the most recent additions are the quickest ones to drift. I do not get the impression that the president has the time to use the technology to be in touch with young people as he did during the campaign. The generation that was so moved by the glitzy use of the technology in 2006 - 2008 will be still pretty young but also more cynical. If the campaign network loses touch with them it will be hard to re-win them. Unless the techno-campaign begins now the odds will the stacked against the Dems and with three losses in a row, the rot may have set in.

The sentimentalism that many have towards Obama's presidency must soon give way to a realistic assessment. While solutions will not come overnight, unless he can show that he is not one of the Washington elites who sign laws to support special interests he will leave us feeling deeply disappointed and despairing. I hope, really hope, I am proven wrong but all the indicators point (at this time) to a 2012 defeat - even if it is Sarah Palin who runs for the Republicans. Obama is a bright and warm person but even for him the law of the lid applies.

Dr Canute S. Thompson is assistant vice-president at the International University of the Caribbean. He may be reached at canute-thompson@hotmail.com.