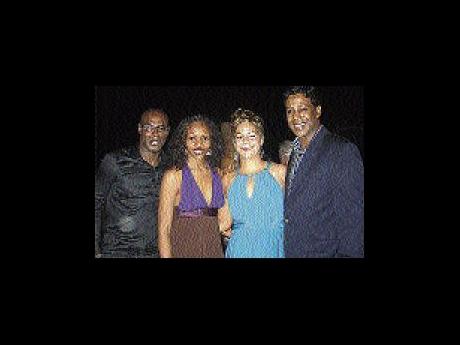 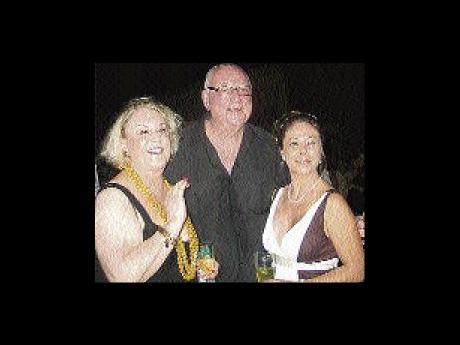 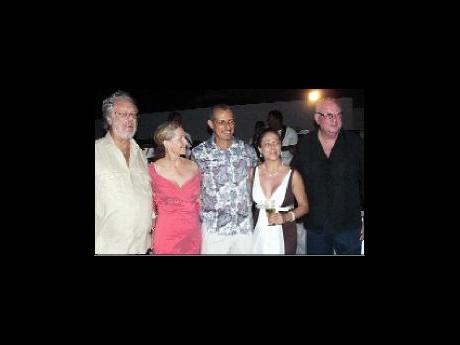 From left: Beres and Keisha Gray with Gerald and Julie Wight at the Couples anniversary party. - Contributed

General Manager Leonard Henry for the annual anniversary celebrations. What a shindig it proved!

Dears, make no mistake about it, the hotel boasts a culinary repast that is the toast of the resort community and, after some three decades plus, that reputation has only got better.

Pumpkins, with the hint of rain in the evening air, guests gathered on the resort's roof terrace for the annual champagne/cocktail prelude and, luvs, with the ultra-fab and marvellously talented in-house Fusion Band, taking the musical honours, with the awesomely talented Althea Hewitt on vocals, y'all know we are talking something very special here!

Songbird Althea Hewitt worked the audience with a repertoire that boasted a little bit of everything fabulous - from ragtime to showtime, Hollywood to Broadway, cabaret to the classics - the stage was set for a fabulous do and nothing but!

As it was with the musical offerings, so it was with the culinary fare - a feast fit for kings and queens and, sweet things, faultlessly so! Accompanying dinner there was more musical magic with saxophonist Howard Fowls, delighting the audience. Talk about fab! Well, my darlings, this was it and then some.

After dinner, some guests repaired to the resort's grand terrace for dancing while some opted for the resorts snazzy piano bar, where they sang and sipped the night away in the company of a number of international personalities - gazing from black and white pictures from the walls of the piano bar. The pictures include the likes of Fidel Castro, Joe Lewis; Katharine Hepburn, Lauren Bacall, Marilyn Munroe and others, alongside the late Abe Issa.

Oh, my dears, it was fab like that and then some and kudos all around for a truly spectacular outing!

Beverly Levy, Francis Issa and his fiance, Adell Vasquez, are caught in a happy mood.