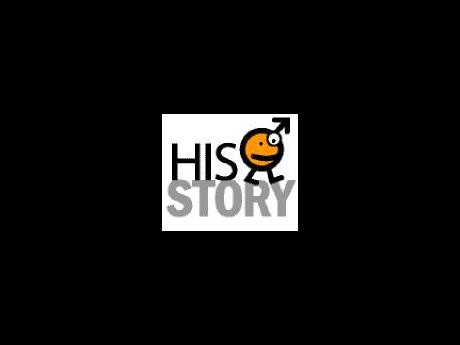 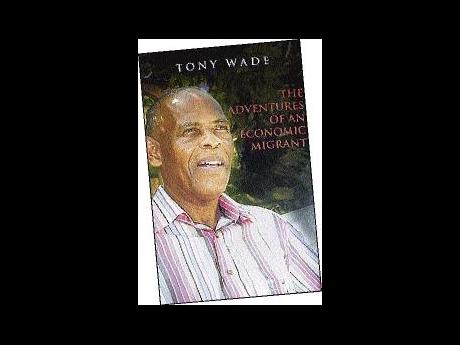 Tony Wade leads a very quiet life in rural Jamaica, in stark contrast to the grind of corporate Britain, where he's known as the United Kingdom's first black millionaire.

Now the writer of three books, which, inter alia, look at his invaluable contribution to the development of black businesses in the UK. The story of his achievements is amazing and uplifting, and it all started when he left his beloved Montserrat at age 20, in 1954, to prepare himself to work in public administration.

When His Story chatted with him recently, his calm demeanour belied the inner strength of a man who had broken down racial and other barriers when they were still deeply grounded in the bigoted recesses of British mores and values.

Upon his arrival at London's King Cross train station, he and his three friends, Kirnon, Lindsay and Molyneaux, were warmly received by countryman Fergus, but the conditions under which he was to live, he found revolting and disappointing.

Wade: "This temporary abode was something of a culture shock. My three friends ... and I were sorely depressed. We could not believe our eyes ... The room to be shared by the four of us measured approximately 16 x 16 (metres) with four single beds and little else ...This place should have been classified 'unfit for human habitation'."

Not desired as tenants

But, unbeknown to Wade, it was not easy at the time for black migrants and Irish to find suitable living accommodation. They simply were not desired as tenants, thus the overcrowding. He was soon to find out that it was not uncommon to see "no blacks, no Irish, no dogs and no children" inserted in advertisements in the press and on notice boards in shop windows.

Yet, the enterprising young man, who landed a job polishing brass railings on the SS Ascania, on which he sailed, had his own plans. He and his friends went job hunting the very next day after settling in. Menial work wasn't scarce in 1950s Britain, so they got work loading and unloading crockery on and off a conveyor belt in a kitchen at Lyons Corner House, at Hyde Park in London.

It was "a monotonous and soul-destroying exercise" Wade writes in The Adventures of an Economic Migrant (Ian Randle Publishers).

"Work in the kitchen was without a doubt a major learning curve to what the real world was about. In any case it helped to install and cement the all-important bricks of self-awareness, assertiveness and the need to take seriously one's personal responsibility for life's journey."

My father's dictum, "be smart", was never far from my thoughts," he says in retrospect.

On their return from work the first night, they got lost because the houses in their new neighbourhood all looked alike; moreover, the lighting was poor. Wade and Lindsay eventually found their home, but the other two slept at a police station, and were returned by the police the following morning.

But the confusing monotony of the architecture was nothing compared to the icy grips of the bitter winter that racked his heart, body and soul. The notion of going back to his idyllic Montserrat was now etched in his mind.

Wade: "My tropical lightweight clothing offered no protection from the damp, piercing cold that numbed my senses and made my teeth chatter uncontrollably, leaving me unable to stand still at times, turning my every breath to a kind of smoking chimney."

However, he stayed and thought of buying his own house, to get away from his cramped living conditions.

"It was patently clear to me that the money paid out in rent could easily cover the mortgage for a house. This ambition was realised in 1957, in joint ownership with my sister and her husband, three years after arriving in the UK."

By now, Wade was working at Commercial Radiators, an engineering company in Tottenham. Things were looking up, and so he enrolled at the College of North East London in a course that would lead to qualifications for employment in public administration. He also became very involved in the Methodist Church, community fieldwork, social organisations, and he became the unofficial spokesman for workers' rights at Commercial Radiators.

With his goal still in sight, Wade applied for and gained employment in the accounts department at Smart Weston group of companies, then owner of over 200 men's wear stores in the UK. Under the guidance of Louis Segal, financial director, he excelled at his job, and got an improved salary package and more responsibilities.

Satisfied, with his own performance, an entrepreneurial bug started to bite him all over, and he was confident that he could operate his own business.

Wade: "Under Louis Segal's tutoring, it soon became clear to me that I was destined to go into business on my own account. He was my inspiration."

Yet, racism was pacing around on two legs, ready and waiting for him.

Wade: "But, I resolved very early that I was not going to be held back or be obstructed by such idiocy. Often have I used these same contemptible antics to my advantage, certainly in terms of developing the mental and moral toughness indispensable in dealing with racists ... having seen hundreds of my people driven to the edge of despair by this mindless cruelty, I was determined not to be a victim."

The zest had by now taken over every sinew in his body, and so he bade Smart Weston goodbye, and started a trading company called Carib Services.

Wade: "There is no doubt that this was a daring step that took some guts. The move triggered a change in my personal journey and had an impact on the lives of many people."

Two such persons were Len Dyke and Dudley Dryden, of the partnership, Dyke and Dryden, founded in 1965. Their principal business was the distribution of records, especially pre-releases from Jamaica. Located along West Green Road, north London, Dyke and Dryden sold records that were not found in other local music stores, and, as such, had a huge West Indian customer base.

At a business forum, attended by his friends, Dyke and Dryden, Wade told them he had started his own business. They wished him the best, in light of the problems they were having with their own enterprise. And having known about Wade's experience at Smart Weston, they asked him to have a look at the operations of their business with a view to join them.

Wade: "Four weeks after giving due consideration to their proposal, I was clear in my own mind about what I could bring to the table which I believed would change the course of events at the business. I agreed to their proposal, placed my own Carib Services on the back burner, and threw in my lot with them as soon as the paperwork was in place."

On June 12, 1968, Wade officially joined Dyke and Dryden Limited in the capacities as company secretary and director, and he was to change the image of black businesses in the UK, and the hair care of black people in the diaspora, forever.

Next week, the journey gathers momentum.