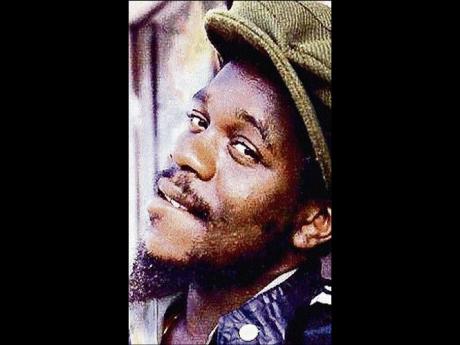 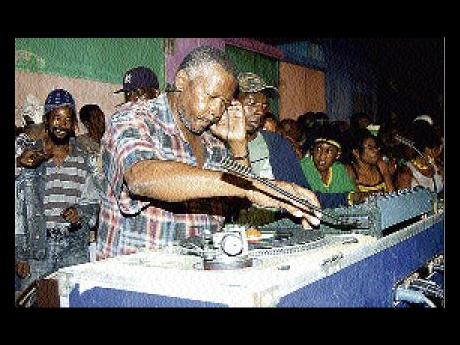 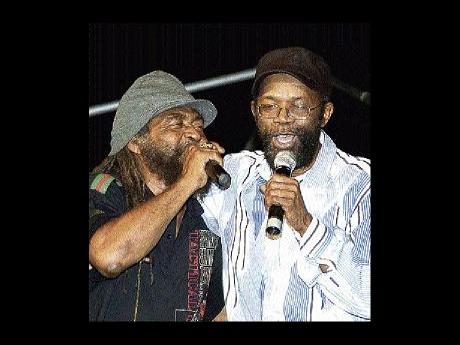 Dennis Brown's former touring unit, Lloyd Parkes and We The People band, was on the stand. The emcee who introduced him numerous times, Tommy Cowan, was at the microphone. Brown's former home, 'Big Yard', was steps away from where the stage was set up at the intersection of Orange and North streets, Kingston.

The three cakes marking the Crown Prince of Reggae's 53rd birthday were set up onstage, producers Leggo, Derrick Harriott, Niney the Observer and Bunny 'Striker' Lee, as well as members of Brown's family, stationed over them for the ceremonial cake-cutting on the stroke of midnight, Monday, February 1.

And above it all was a video of Dennis Brown, recorded for posterity, the substantial audience which turned out for the free concert able to look from those live onstage to Dennis Brown live in performance throughout the night.

So Tommy Cowan gave the countdown and Reggae Month 2010 began with the slicing of Dennis Brown's cake, Lloyd Parkes singing happy birthday. The brief ceremony was a break in the music, live and recorded, centred around D. Brown, which ushered in Reggae Month 2010 on the historic Orange Street, once known as 'Beat Street' for the music production which took place there. There are still signs of what used to be, as part of the crowd extended past Prince Buster's record store. And there were those to remind all of what used to be, Ken Boothe pointing behind the stage to where Beverly's used to be.

Boothe was one of the night's pre-midnight perfor-mers which, in terms of the crowd's response, peaked with the John Holt and Beres Hammond combination in which they did mostly parts of songs, theirs the last performance before the cake-cutting. There were others, like Boothe, who did a somewhat extended (on a night of short performances) set, Derrick Harriott also taking the near-complete song approach.

Tributes in song all night

Bongo Herman rasped out Drifter and the audience cheered for his version of Sugar Minott's DC, which he did with a bag slung over his shoulder. Strangehjah Cole remembered another musical standout, Delroy Wilson, Ken Boothe sang Dennis Brown's Cassandra in his style and History Man rhymed stats and facts about reggae's Crown Prince.

After the cakes were cut, George Nooks did an excellent tribute to Dennis Brown, delivering many of his songs including Money In My Pocket and Your Love's Got a Hold on Me. Ghetto Girl roused the crowd considerably.

Angella Stewart took a try at covering D Brown and fell short of the mark, Johnny Builder was a rare deejay for the night, Tinga Stewart dropped If I Had The World for Brown and Big Youth tore the house down from his opening, "I pray thee" through to his frenetic locks-flashing.

Errol Dunkley honoured his boyhood pal, D Brown, and Tappazukie was on stage at 1 a.m., with more performers to come.

Dennis Brown's records were also a large part of the night, Mikey Barnett and Super Dee spinning recordings from their vast catalogues.