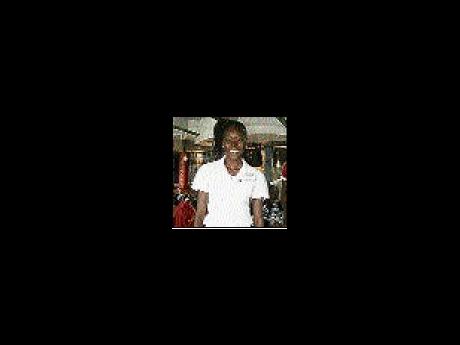 From the very outset, 23-year-old Nadine Lattibeaudiere was a standout in the Diageo Learning for Life Project Artiste programme.

Within the first days of the nine-month programme designed to empower some of Jamaica's less-fortunate youth with the skills needed to find employment in the entertainment industry, the students were on the job, helping to produce the Red Stripe concert that was held at Sabina Park last March.

It was from then that she knew it was her time to shine.

"The greatest motivation for me was being onstage working as a stage manager for the Red Stripe concert," said the graduate of Jose Marti Technical High School.

Young and ambitious, Lattibeaudiere wants to become an artiste manager/producer. She also wants to be involved in stage management. She is just about completing her internship at the Scikron Entertainment/ Big Yard label and was among the 37 Project Artiste participants who were placed in paid positions with several Jamaican companies, including a number of internationally renowned recording studios. The interns now await graduation on Wednesday, February 10, at The Jamaica Pegasus hotel.

The Project Artiste participants were put through a three-month internship during which the supporting partner offered opportunities for them to obtain meaningful on-the-job training towards the development of entrepreneurship, business management and key skills needed for work in the world of music. Upon the completion of the internship, a supporting partner had the option of considering whether to retain the services of the trainee under a permanent contract of employment.

Andrea Bryan, CEO of Grizzly's Entertainment, who took on three interns, commended Diageo for making a positive difference in Jamaica.

"Grizzly's is always willing to participate in anything that will benefit the less fortunate who are often sidelined and forced into lifestyles that are short-lived and unproductive," she said. "We could not do anything short of assisting and we will make this happen and be positive for the interns assigned to our company."

Intern Aldain Smith, who worked at Main Events, a multi-faceted event and promotion campaign execution agency, said there were no words to describe his experience there. "It was great. We learned a lot over the past three months," he said. "It has motivated me and changed my life completely."

Main Events took on four interns and paid them each a $3,000-per-week stipend that provided each student a hot meal each day. The effort was well-appreciated by the interns who gave back in return, according to CEO of Main Events, Solomon Sharpe.

"The kids have shown a lot of enthusiasm and in return my staff responded and gave them the requisite help," Sharpe said.

He explained that his staff members committed themselves to helping the interns and even helped with their final projects that were handed in recently.

Lattibeaudiere said she passed her final assessment and is now looking forward to moving on to to greater things. She said she already has in mind a few artistes she wants to manage but was not ready to divulge their names. What she is ready to acknowledge, however, is that Project Artiste has reinforced in her the confidence that she can achieve great things. And, with that little help from the Diageo Learning for Life Project Artiste, Lattibeaudiere and, indeed, her fellow interns, are well on their way.