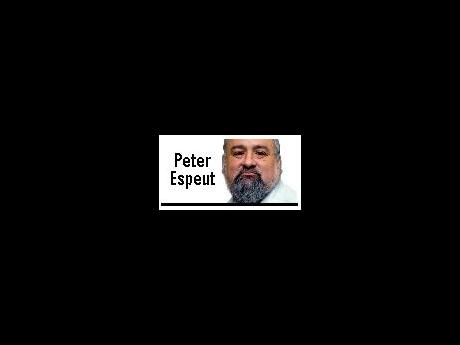 The contribution Tuesday last by Cynthia Cooke, principal of Camperdown High School, in response to my column, is typical of what is wrong with Jamaica's education system. She suggested that while I gave only my opinions, she would give facts: "I believe that most of what is written on these pages reflects the opinion of the writer. However, there is room for facts. Last Friday, I read the following in an article by Peter Espeut: "Every year more girls are sent to high schools than boys, resulting in vastly more women at university than men, and fewer suitable marriage partners for educated women. Mr Reid: can we fix this problem too?

"I thought that since this appeared to be a statement of fact (every year more girls are sent to high school than boys), I could find proof of this, somewhere in 'Googleland' or the archives of the Ministry of Education. I did not have the inclination to do the research, then I remembered something I frequently say to the parents of my students: "If what they tell you sounds like foolishness, then it is foolishness. I decided to reason it out for myself".

According to the ministry statistics (2008-2009), although there are marginally more boys (1.8 per cent ) than girls at grade six in primary/all-age, there are 59 per cent more boys in Grade seven of all-age, and 45 per cent more in Grade seven of primary and junior highs. Based on Grade Six Achievement Test, more girls go to secondary school, leaving vastly more boys in these residual schools. I suppose, to Cynthia Cooke, this sounds like foolishness.

The statistics show 10 per cent more girls in "Secondary High Schools". This hides the fact that there are more boys in upgraded high schools than girls, meaning that there are vastly more girls in traditional grammar schools than boys. Statistics, before the rebaptism of new secondary and comprehen-sive schools into high schools, are clearer about this although Cooke's intuition tells her otherwise: "If we are talking about when we had about 43 high schools that received students through the Common Entrance examinations, I don't think that statement is correct. Yes, we had twice the number of all-girls' schools as all-boys' schools, which could cause one to assume the above."

This is what produces the vast disparity of girls over boys at the tertiary level, and the absence of suitable marriage partners for educated women mentioned last week. Maybe, to Cynthia Cooke, this sounds like foolishness, but she needs to check out how many eligible women complain they are in this position.

Girls develop psychologically and conceptually earlier than boys. Put boys and girls of the same age in the same class, and the girls will outperform the boys every time and give the boys an inferiority complex in the process - maybe right throughout life. What is foolishness is that this problem has operated so long without being fixed.

It requires a complete reassessment, but an obvious strategy is to have separate high schools for boys and girls.