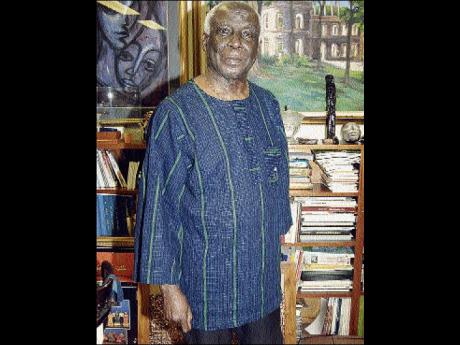 For some time now, commentators and some talking heads, looking for a clever sound bite to elevate their paltry contribution to nation development to being newsworthy, have been labelling Jamaica 'the land of samples'.

There are case studies like that to be found in Jamaica, but that does not necessarily make it a condition unique to us. For each case of 'sample' that commentators point out to bolster their argument, there are some equally compelling cases of successes that point to the creativity, dedication and long-suffering required to make a successful product or institution.

A case in point is the National Dance Theatre Company (NDTC), a national institution founded and maintained primarily on a spirit of volunteerism by individuals dedicated to, and motivated by, the idea and notion that we need cultural institutions and symbols that will serve to help in the forging and maintenance of our unique identity and help to anchor us as a people.

In this respect, the NDTC has been a vanguard against the cultural proliferation that has been dominating some of our neighbours and other societies worldwide.

Some 47 years ago, at the dawn of independent Jamaica, a group of ambitious young people, under the leadership of Rex Nettleford, came together and gave Jamaica one of its first cultural institutions, the NDTC. This pioneering dance company that went on to win over international and national acclaim in its quest to document, preserve and present a non-Eurocentric perspective of Afro-Caribbean dance and culture through our own eyes. It stands tall, a contradiction of those who see us as a nation of samples.

For its 2009 season, the NDTC staged its 47th anniversary programme.

Now, y'all know that opening nights for theatregoers is always a mixed bag. To begin with, there are the jitters and nervousness that accompany the showcasing of new works and, above all, the malaise that sets in from all those hours of rehearsal, which results in the cast being somewhat tired and, more important, extremely nervous. This often translates into a less than stellar performance. Well, all these ingredients were present at the NDTC's 2009 opening night, but there was no denying the magnificence of the dancers, choreographers, chorus and musicians from the minute the curtains went up.

From the opening number, Sly Mongoose, choreographed by the grand master himself, Nettleford, to the moment it went down on the night's final presentation, Apocalypse, also choreographed by him, it was magnificent!

The cast and crew, in general, were beyond criticism, having honed their craft in song, dance, choreography and music. There were, however, a few examples when one's best is simply not good enough, and this materialised in the presence onstage in a lead role of a cast member whose girth and size was more of a distraction than a vision entertainment. And then there was the Moments of Peace, a dance pregnant with possibilities and begging to be harnessed and directed, but was devoid of intellectual clarity and/or purpose, a fact made worse by the costumes the choreographer decided on outfitting his ensemble.

These two glaring anomalies aside, coupled with some uncouth persons who insisted on chatting on their mobile phones during the performance, it was a glorious night with offerings like Caged, a new dance choreographed and performed by the obviously multi-talented Kerry-Ann Henry, that proved a beautiful essay, bereft of mundane prose and, were it not for the challenges of the lighting, could have been the night's best discovery.

That, however, was reserved for a rediscovery really, as this was a revival that was first showcased in 1997 and has been in and out of the repertoire since. Choreographed by the eminent professor, the choreography, music, costuming and essay told a most eloquent story of a 47-year-old company that has mastered the art of renewal and continuity without being disruptive and made for a most glorious and beautiful work of art.

Clive Thompson's Vignettes of Life was the opening night's penultimate offering, and here the beauty of this piece is that at first it envelops the viewer, then it cajoles him/her into thinking I am on safe ground with this one, then it simply leaves you out there, wanting more and feeling foolish for not following the dialogue, which would have prevented this.

Then there was Apocalypse, the final offering and one of the new works mounted by the company for this season and choreographed by Nettleford. It is a welcomed new addition to the company's portfolio of dances and one that will survive the test of time due to its poignant themes of abuse, retribution, rejection and redemption, and underlying message of hope, springing eternally. Here the company dancers are at ease, and fabulously so, the subject matter clearly one with which they are more than comfortable and consequentially, shine like stars. This brought the curtains down, in glorious style, the company singers in full battle mode!

And this is how this column wishes to remember the esteemed professor - in full battle mode, championing the cause of higher education, the arts, the need for us, as a people, to throw off the yokes and baggage of our colonial and/or historical journey, and become masters of our own destiny, by redefining our cultural expression(s) to reflect our own experiences and thus secure our place in the gallery of great nations.

The late Professor Nettleford has bequeathed us a noble institution in the body of the NDTC. And with this rich inheritance, it is now incumbent upon us, the beneficiaries and de facto guardians of this legacy, to continue nurturing his gift to the nation.

It will act as a bulwark against the penetrative forces at work, seemingly bent on creating one homogenous commercial expression that will pass itself off for world culture, ignoring the constituent parts, experiences and journeys that distinguish us, Jamaicans and Caribbean people, from the new colonials.