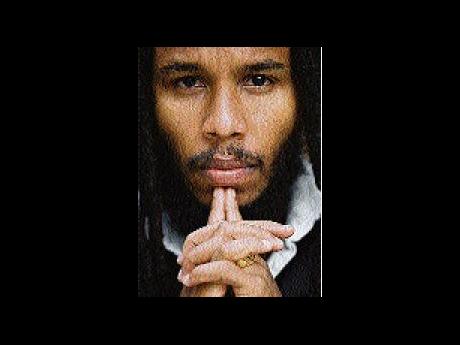 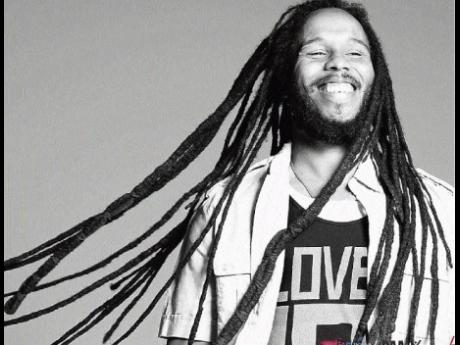 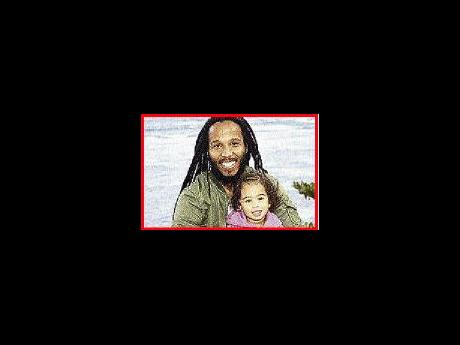 In the process of recording a subsequent Grammy-wining album, Ziggy Marley experienced a renaissance of sorts in his storied career which started in the mid-1980s as the leader of the sibling group, Ziggy Marley and the Melody Makers.

Marley's latest solo album, Family Time, earned him his fifth Grammy last Sunday, the most recent award from the Recording Academy coming in the Best Musical Album for Children category.

He said making the album felt so natural it opened his eyes to how making music should be and feel.

"This is the easiest album I ever made," he told The Sunday Gleaner last Friday. "It changed my whole mindset about recording and producing. It felt so good, so nice. To me, it's like biblical where a simple thing is so powerful. This is definitely one of my best works (even before winning the Grammy)."

Marley, 41, said from the outset he strived for an organic sound.

"We decided not to overproduce," he explained. "Everybody was in studio at one time playing the instruments. We tried to do it as organic as possible."

Marley, the closest of his brothers to his legendary father, Bob, in style and substance, said the album, more than anything else, was inspired by his two youngest children, Judah and Gideon. With his oldest child Daniel being 20 years old and the youngest, Gideon, three, he said his experiences of fatherhood evolved over that period.

"Most of what went into Family Time is from experiences with my young ones," said Marley, who has five children. "I look at children differently now. It's been a learning process. I've learned how to be a better observer and listener."

Family Time was also exactly that for Marley with his wife, Orly, serving as executive producer and his youngest daughter, Judah, adding her voice to the title track.

Marley has long been involved in children's music. In 1991, Ziggy Marley and the Melody Makers contributed the song Give A Little Love to the Disney album For Our Children. Proceeds from the album sale was given to the Paediatric AIDS Foundation.

In 2007, Marley signed on as an official supporter of Little Kid's Rock, a non-profit organisation that provides free musical instruments and free lessons to children in public schools throughout the United States of America.

Marley is the founder of U.R.G.E. (Unlimited Resources Giving Enlightenment), a non-profit organisation which works to help children.

He has also contributed to several acclaimed children's programmes: the theme-song voice for the popular PBS series Arthur, and a tune for the Dora The Explorer's World Adventure CD. His voice was also used as Bernie, the Rastafarian jellyfish, in the animated Shark Tale, where he sang Bob's Three Little Birds with brother Stephen and deejay Sean Paul.

"Kids are the solution to our problems in this world," Marley said, explaining his passion for working for children.

While working on Family Time, Marley simultaneously executive-produced B is for Bob, a 12-track collection of some of the elder Marley's most children-friendly songs.

Part proceeds of Family Time benefits the Chepstowe Basic School in Port Antonio. Marley said the school is close to land on which the family operates a coffee farm and said he decided to help after his brother, Rohan, brought it to his attention.

"We adopted it and building up the infrastructure now. We just put in a playground," he said.

Family Time opened new doors for Marley in his process of discovering music's pure path. He performed at the White House last Easter, the Macy's Thanksgiving Day Parade, and a number of family events across the USA.

"It also opened new doors for reggae as well," he pointed out. "It introduced reggae to a lot of children."

on his children: "I recognise certain things in them that similar to my father. Them have a lot of them grandfather's spirit in them. Certain behaviour, certain expressions mek mi seh, 'Wait, wah a gwaan?'."

on desires: "There are two things I really want to do. Perform in Jamaica and in Africa some more. We (brothers) plan to shoot a film in South Africa during the World Cup."

on reggae: "Reggae music is a very special thing. It's spiritual when it's done right."

on Stephen winning second Grammy: "I understand it may come under criticism. (Stephen won a Grammy for an acoustic version of an album that won two years ago.) You have to understand that people outside of Jamaica see the music differently than in Jamaica."

On Smile Jamaica concert cancellation: "I'm very disappointed. I'd have to get the details from Stephen to find out what happened, but I believe if it wasn't going to be done right, it shouldn't be done any at all and that's probably what was happening."

on Ziggy Marley presents Dancehall Originators Vol 1: "It's my attempt to let the younger generation know about some of the pioneers. A lot of youths don't know enough about the music. Some people don't know how valuable our culture and music is. Is it mek Jamaica be Jamaica, so we need to know more about our past."