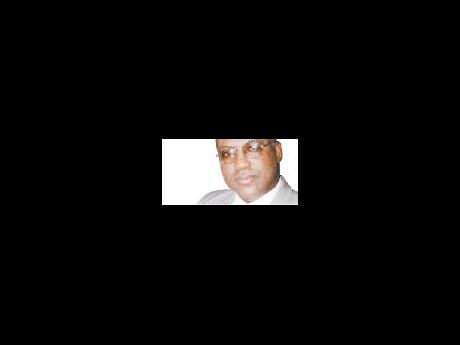 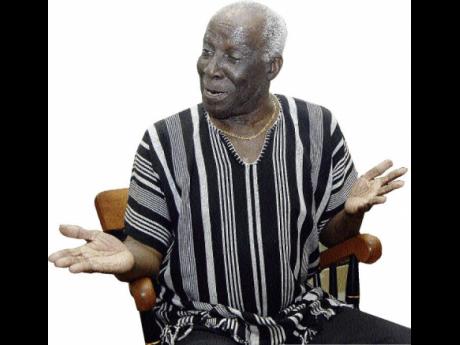 "The beginning of wisdom is knowing who you are. Draw wisdom and listen".

He is being deified in death but when that intellectual tornado named Rex Nettleford raged among us, many of those now granting him almost-worshipful glory stoutly refused to listen to him.

He was dismissed as talking too incessantly and annoyingly about slavery and the 'canepiece', when we had left that place long ago and needed to "put all of that behind us and come together as one people". When he went on about colonialism and its ever-present legacies and talked about the continuing significance of race and identity, he was dismissed as divisive, diversionary and even destructive. We should stop talking all this damn nonsense about slavery and what our slave masters did to us and take responsibility for our lives and just "move on" and "get over it".

And, as so often happens with truly creative and brilliant thinkers, his foes were not all lined up on one side. For at the height of the progressive struggles in the 1970s when the Marxist left was at the zenith of its power at Nettleford's base, the University of the West Indies (UWI), he was roundly and regularly dismissed as a "bourgeois cultural nationalist", who was sentimental about race and identity issues, not grasping the "objective reality" that "the real issue" was class oppression and the rule of the capitalists.

Nettleford's emphasis on the signal importance, if not centrality, of race and identity, was dismissed by his Marxist colleagues at UWI and elsewhere as a distraction that could easily deflect the working and peasant classes from their "real enemies" and "the real struggle". The "scientific" versus the "sentimental" was how the then influential UWI Marxist fellows pitted their ideas against Nettleford's.

Aside from his intellectual prodigiousness and iconic scholarly stature, there was one practical reason the Marxists could not afford to ignore Nettleford in the 1970s, his closeness to Michael Manley, who literally revered him, and the incalculable respect Manley had for his intellect and integrity. In the 1970s Manley had him on almost every board of significance in this country.

There were some extraordinary things about Nettleford which even his most severe critics or detractors would readily concede - his unobtrusive but irresistible charm, his gentleness and generosity of spirit, his calm demeanour, urbaneness, affability, non-partisanship and total lack of rancour. He was not a man into 'cass-cass' (one of his favourite terms, close friends will attest) or tracing.

So even when people on the left and the right bitterly opposed his ideas, they never opposed the person Rex Nettleford. Even the fiery Marxists, as well as the right-wingers, had a deference toward him and could not generally muster any animus. People disagreed with him but respected him deeply.

He had a personality which was disarming. I speak not from a distance. I knew the man for 35 years, ever since I launched my journalistic career in 1975 by profiling him, John Maxwell and Peter Abrahams in the then Jamaica Daily News (And for which I won my first journalism award as a teenager). Rex would emphasise to me over the years the importance of having a generosity of spirit. He was the first person from whom I learnt that phrase. He incarnated it.

In our discussions over the years he would never speak about detractors or naysayers with hostility. Sometimes he would humour them. When in the 1970s then Gleaner columnist Wilmot Perkins would tear into him, Rex and I would invariably talk about it and his response would always be the same: "I am not going to make Mutty make any money off my head" by replying to him, thus giving him reason to write another column! I would give out the inevitable laugh and we would go on to something else. But Rex, who had a deep appreciation for elegant writing and the English language (ironically?), would always talk about how well Mutty could write and that "he can turn a phrase". No rancour.

The nearest Rex would come to anger was when he saw what he perceived to be culturally distorted, Eurocentric and disparaging reviews of his deepest love: The National Dance Theatre Company (NDTC). Then, no force could restrain him from writing sometimes lengthy letters to rebut points made by The Gleaner's dance critics. It was then that his own romance with the language would turn him into an exhibitionist, as he would deliver his bruising, devastating punches simply with the power of words.

It never took me long to realise why Rex could react so sharply to negative reviews of NDTC performances while ignoring powerhouse columnists like Perkins, Morris Cargill (who always called him 'Professor Nettlerash'), David DaCosta and John Hearne, who would ritualistically attack anyone as close to Michael Manley as he was. His response was, indeed, a mark of his selflessness and of his inestimable, incalculable, indescribable respect for the African presence in the Caribbean. You could attack him as much as you want, but don't try to denigrate things African or Caribbean, don't disparage or give any hint that things European or American were innately superior to anything with a tinge of Africa.

Don't dis the creative imagination of our people or implicitly suggest that we can't produce things of worth, or that we must always be judged by Europe.

Some of his most impassioned discourses, which I have had the privileged of sitting through, came when a discussion would go to the matter of identity and the assumed superiority of Euro-American culture. Friends will tell you that sometimes conversations with Rex are comparable to one-student lectures, delivered with no less an intensity than a speech to thousands in any of the capitals of the world where his presence and prescience were constantly sought.

Rex Nettleford's thesis has never been as complex as his intellect. It's simple: We in the Caribbean have created a civilisation - yes, a civilisation - of no less worth than what the ancient Greeks, the Romans and the modern Europeans have created. We have our own "textured" existence. Within the Caribbean is the kaleidoscope of cultures and experiences, a cosmopolitanism no less sophisticated and commanding than Europe's.

People who don't know Rex Nettleford talk about this great intellectual who, amazingly, was also a great dancer, choreographer and creative artist. But the NDTC was not subsidiary to his academic life. It was integral to it. It represented the praxis to his theory of cultural identity. It was the embodiment of his scholarship .

The dance was part of the resistance. I remember Rex explaining to me, in a way I have never forgotten, that he chose the dance because in that art form one does not even have to use the language of the master. It was a metaphor of complete liberation and self-affirmation. We could finally be free of 'backra massa' - and the wretch could not even understand what our dance movements meant! We could be speechless and subversive.

One of the serious problems Nettleford had with his Marxist colleagues at the UWI, (for whom I can attest he had enormous respect) was his perception that they had too uncritically borrowed from Hegel, Marx, Engels and Lenin - Europeans - while neglecting Marcus Garvey and C.L.R James. (Apart from Rupert Lewis). Rex was always saying to me our problem is that everyone is looking outside for the Promised Land - The Rastafarians to Ethiopia, the Christians to Jerusalem, the Marxists to Moscow and others to America.

"Long before Hegel and long before Karl Marx, the ordinary people of this region consciously grappled with the fragmentation and alienation of man", Nettleford counters in his essay in The Caribbean Community: Beyond Survival. In Nettleford's view, we have everything we need right here in the Caribbean. This does not mean he was intellectually autarkic or any xenophobic cultural nationalist. He believed passionately in "the cross-fertilisation of ideas".

In one of his classic phrases , "the quintessential Caribbean man" is defined as "part-African, part-European, part-Asian, part Native-American but totally Caribbean", as he puts in the prologue to Culture, Politics and Race and Diaspora: The Thought of Stewart Hall.

His race consciousness was not a vulgar cultural nationalism. He was too sophisticated a thinker for that. Indeed, as he would say to me in later years, a self-satisfied smile often creasing his face, "People say I am the original postmodernist, for I was saying these things long before they became fashionable". To which I had to heartily agree.

Nettleford was the Caribbean's Jacques Derrida and Michel Foucault when it was politically and academically deviant to hold those views. There was the Marxian scientism, with its pretensions to have discovered the laws of history, and the logical positivism of the capitalists, who hubristically proclaimed the End of History.

In a broad swipe at both his Marxian and right-wing critics, Nettleford says, "It is now conceded in large measure that both capitalism and apocalyptic socialism in their would-be purest forms have been acultural in their approach to development. Neither really had a pace for the specificities of experience culturally. Development it was felt was scientifically determined and pursued according to immutable law, whether of the market or on the basis of unrelieved class conflict".

Despite our more than three decades of intense discourse, Rex and I never saw eye-to-eye on the culture-class issue, for I was closer to Marx than Marcus (Garvey) on that issue. Rex even devoted a chapter essentially to critiquing my critique of Rastafarianism in that major tome, Chanting Down Babylon: The Rastafari Reader. I had criticised the Rastas for failing to develop a systematic theology and Rex, in typical post-modernist style, lashed me for being too epistemologically wedded to objectivist categories - no doubt a reflection of my captivity to the Eurocentric philosophical tradition. But you did not have to agree with him to be his friend.

Ian Boyne is a veteram journalist who may be reached at ianboy1@yahoo.com or columns@gleanerjm.com.