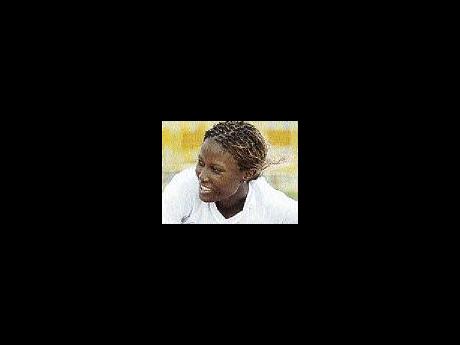 Sheree Francis hailed her family and friends yesterday after she broke the national record for the women's high jump at the Youngster Goldsmith Hurdles and Field Events Classic.

Francis, a former Vere Technical High student, has been plagued by injuries since becoming a senior in the past five years and got frustrated and quit track and field.

"Yes, I did put track down, but I had friends who believed in me, and family members, so I decided to give it another try and I am doing pretty well now," she said at the National Stadium yesterday.

She cleared the high bar at 1.91 metres, beating the mark of 1.90m set by Dianne Guthrie in Harrisonburgh, United States, in 1992.

"I am working really hard, I think this is the hardest I have ever worked since I started doing track and field," she admitted after her victory.

Francis was also impressive at last weekend's Millrose Games in New York, clearing 1.88 metres for one of her biggest indoor wins.

Francis cleared the record height at her first attempt. She made three failed attempts at 1.95m.

The 26-year-old, whose personal best prior to yesterday was 1.89m, is now hoping to have a good year. Among her aims this season are "to make the world indoor team; at least jump 1.95m; stay in the 1.90m range and just do what I have to do".