Varied musical fare at satisfying tribute to Marley and Brown 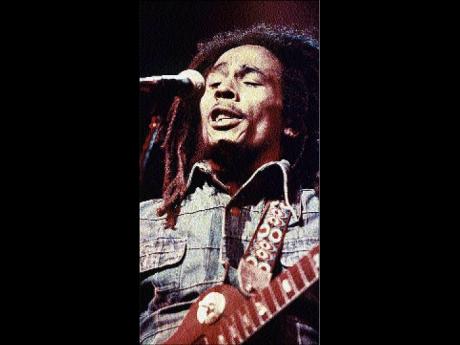 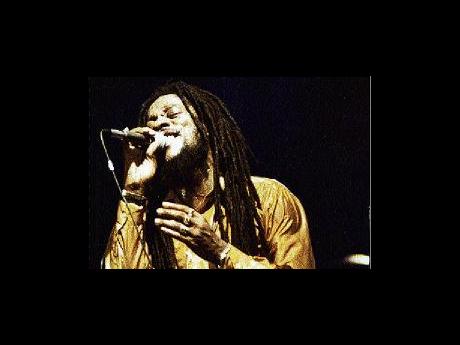 If anyone still needed living proof of Jamaicans' enduring passion for the love song, well composed and delivered, they would have got it at last Friday's tribute - to Jamaica's two most popular deceased singers - in the smiling figure of Keith Lyn.

Fabulous Five Incorporated Band did not drop a single reggae beat for Lyn; neither did he dip into the catalogues of Bob Marley or Dennis Brown, whose lives were celebrated at the Jamaica Association of Vintage Artistes and Affiliates event. But Empty Chair and Portrait of My Love, Lyn employing his harmonica on the latter, had the full house, in the Gardens of The Jamaica Pegasus hotel, totally enraptured. Lyn followed with arm-swinging, rollicking Jamaican Ska, earning a genuine encore.

For a tribute night to two musical standouts rooted in reggae, there was a notably varied musical fare. Still, it didn't depart from the reggae roots as the King and Crown Prince of Reggae's music was a staple throughout the night. So in the first segment, with Unique Vision providing the music, Bunny Robinson did a humorous reggae take on Marty Robbins' country and western Cool Water. There were chuckles and cheers as he sang "Jamaica is the land of wood and water/and now we got no water/no, no water".

On a night with numerous performers doing short stints, Michael Rutherford ended with a wonderful nod to Teddy Pendergrass from his days with Harold Melvin and the Bluenotes, singing Wake Up Everybody which was a hit with the audience.

Past the intermission, Bunny Brown worked Sam Cooke's Change Gonna Come to the hilt, sitting on the edge of the stage to accept a flower from a lady and then taking a knee in the aisle to pass on the bloom to another.

Then there were the songs from Marley's and Brown's catalogues which go outside of undiluted reggae: Winsome Benjamin doing Brown's Inseparable, Deon Andrea doing justice to Marley's Redemption Song and No Woman No Cry and Baggadito hitting home with Brown's Love Has Found Its Way.

And there was an infusion of gospel just after the break, with Minister Carlene Davis bearing witness in song and also doing her It's Got To Be Love, calling for a 'pull up' "in the name of Jesus".

It was the King and Crown Prince's reggae songs which were the strongest thread throughout the night, naturally, Ras Mannaseh doing Coming In From the Cold and Rutherford striking an outstanding note with Brown's Should I. Medikal was competent on Brown's Ghetto Girl and Marley's Waiting in Vain, Pepper Mint earning the expected 'pull up' on Brown's Here I Come.

Tinga Stewart, who brought up intermission, did a superb version of Soul Rebel, taking a rare - and effective - dip into dancehall for the night with Cover Me.

Police officer Tubeless' quips about the arms haul off Mountain View Avenue provoked laughter and thought in the break. The lovers rock of Stevie Face's Tell It Like It Is preceded Lloyd Parkes on bass and vocals, starting out with Malcolm X. Parkes' voice was far from being in the best nick, the love song he followed with bringing that out plainly, but the audience showed respect for the musical stalwart and Brown's former musical director. And there was vocal improvement on Officially, Parkes playing the bass into the wings as he exited.

In the wake of Lyn's fireworks, Jimmy Riley appealed to nationalistic sentiment with Three Little Birds, afterwards complimenting Fab Five as "the band that can play anything".

As the dual tribute concert cranked up to its climatic closing, Roy Rayon was a bundle of energy and ability with Iron Lion Zion and, like other performers on the night, had a word for Haiti.

"Let the people of Haiti know there is hope, but even though there is hope they have to get up, they have to fight," he said, before going into Get Up, Stand Up, complete with dancing which got the audience heavily involved.

Althea Hewitt engaged the audience in a call and response on the 'say something' refrain of Could You Be Loved. Dwight Pinkney did not need to say a word, the audience providing the vocals as he plucked Nice Time, No Woman No Cry and Jammin' on his guitar, the player smiling throughout.

George Nooks, substituting his voice for Dennis Brown's in Money In My Pocket and deejaying in his Prince Mohammed persona that he had originally combined with Brown's vocals, was also outstanding. Bongo Herman compensated for less than stellar singing with enthusiasm and percussive tricks and Leroy Sibbles brought the house and night down with his need for "a fat girl tonight" and declaration of party time, doing Book of Rules on his return to the stage.

MCs for the night were Heather Grant and Tommy Cowan, and there could have been more tributes, as a couple of the billed performers did not perform.