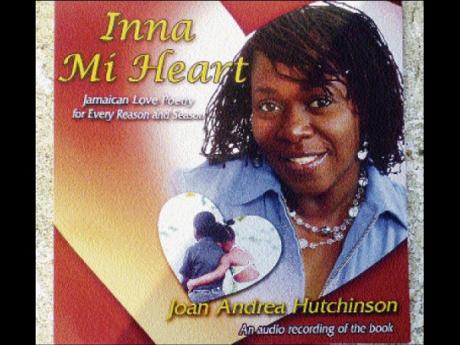 "How do I love thee? Let me count the ways/I love thee to the depth and breadth and height/My soul can reach, when feeling out of sight/For the ends of Being and ideal Grace," are the first four lines from British poetess Elizabeth Barrett Browning's famous poem.

But which Jamaican goes around in 2010 reciting these bland words, written by and for people of different customs and sensibilities? Sure, there are many, but it has been a while since we have been dispensing with these ornate and polished lines and saying 'mi love yuh' in ways no other people can.

Where would you hear, 'Mi love yuh like how hog love mud', but right here on the Rock? In the heat of the moment, you are someone's gizadda, grater cake, pitata pudd'n, and don't forget the immense cerebral and physiological pleasure derived when 'putus' is whispered sweetly into your ears. How poignant are the words, 'mi check fi yuh, enuh, baby' shouted to a woman by a perfect stranger?

Even our folk songs, dialect verses and dub poems are known for expressions of love and romance in Jamaican style. So, with all the European and American messages of love all over the place, as we approach Valentine's Day, which is so un-Jamaican in origin in the first place, we need to put them into the archives beside the dinosaurs.

But if it's an egg then we Jamaicans must be in the red, the colour for Valentine's Day. So, if we must observe this ancient story, of which there are many versions, we ought do so with some home-grown essence and flavour. Time to rid ourselves of those symbols that are so unlike us. Bake a pudding or boil some 'blue draws', make some ginger beer or roots wine, put in a CD of only Jamaican love poems and they will work some romantic magic.

Inna Mi Heart, a compilation of 59 Jamaican love poems, written and performed by Joan Andrea Hutchinson (well known for her work in preserving the Jamaican cultural heritage) to background music is perfect. Hutchinson is not about any Cupid flying around half-naked with bow and arrow shooting women in their hearts. He can't be doing that here, because in Hutchinson's heart there is enough love to stone dog and Cupid will spill not one drop of it.

Love, unadulterated Jamaican love, is what Hutchinson is giving in her imitable tenor. Barrett Browning has nothing on her. She wears her heart on her sleeve so all can see what lies within - fantasy, longing, unconditional love, celebration, reflection, sharing, freedom. She even gets into the minds of the 'thug [who] noh show love' and the rastaman.

At track 17, Hutchinson makes it fundamentally clear what her love is made of and you can't help but fall for it: "Pulsating and present like a heartbeat/Gran like governor washing tub/Majestic and mighty like de Blue Mountains/Dat a fi mi love/Nuff like garden weed wheh nah goh no wheh/Hard fi squash like certain bug/As sure as how gas always dun pon holiday/Dat a fi mi love/Moorish like soffy soffy, peke peke potato pudd'n/Rich like chocolate fudge/Tick like cornmeal porridge wid cokenat milk/Dat a fi mi love."

Yet, Hutchinson's set is not all about the head-in-the-cloud kind of love. It also addresses some of the unwholesome elements of relationships such as treachery (Play Mi), unrequited love (Vex Ex), pretence (Fake Love Kyaan Hide), regret (Sorry), entrapment (Hard Fi Leave) and obsession (Even Inna Mi Sleep), making it not just a CD for Valentine's Day, but "for every reason and season".