The 'Wonder' of reggae 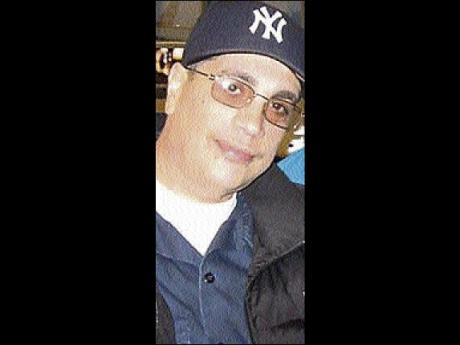 The world of dancehall is made up of countless stars but few wonders. While most like to be in the spotlight, for entrepreneur and music lover Johnny Wonder, working behind the scenes and making things happen is what he does best.

Johnny Wonder is a name known to everybody in dancehall circles, yet few outside are familiar with the name. The Sunday Gleaner recently spoke to the humble Wonder about his work for the last 25 years - bringing Jamaican music to the world. Growing up as a teenager in New York immersed in the popular culture of hip hop, Wonder never grew up imagining he would have been a frequent visitor to the Caribbean and a lover of Jamaican music.

At the age of 15, Wonder made his first contact with local music while hanging around Washington Square Park listening to the likes of Black Uhuru, Sly and Robbie, Gregory Isaacs, Dennis Brown and others. The reggae fever soon caught the youngster who, in the '80s, opened two reggae retail stores in Manhattan and playing out on his own sound system, Street Life International, at popular reggae joints. Wonder soon linked with legendary producer, King Jammy's, who was then making a name for himself in the business.

In the mid-'80s, Wonder made his first trip to Jamaica and was hooked. Working with the likes of Risto Benji, Junior Cat, Pan Head, Bounty Killer, Wonder, alongside King Jammy's and VP Records, started distributing reggae/dancehall music to the world. Wonder found himself in the late'90s working with TVT Records, an independent US record label founded by Steve Gottlieb. In the midst of distributing music, Wonder found time to manage the early careers of Bounty Killer, Elephant Man and the Scare Dem Crew.

After a brief break from reggae in the late '90s, Wonder couldn't stay away for long.

"I came back into reggae in like 2002 and I would send out emails with records I liked," Johnny Wonder told The Sunday Gleaner. "I went back to work for VP Records and that didn't work out so what I do now is do an email blast and distribute music, working with artistes, taking them around and promoting them. I work with everybody. We push reggae music and artistes and go into the streets with dem when they are nobody, push them to mek dem become stars. Been doing that since Jammy's days."

Wonder's email blasts, which are done under his company, 21st Promotions, send local music to the globe. From local to international disc jocks, everyone seems to get their music from Johnny Wonder first. Wonder's email list has 2,600 contacts from Hawaii to Europe, the United States, Australia - anywhere there is a love for Jamaican music.

"Now the email blasts it's ridiculous, it's big. Even right now I got eight or nine things in my email I gotta download. Now I dunno what I did but everybody wants me to send out their things," he said.

While it's been years of hard work in the streets doing promotions, Wonder said he has no plans of leaving the business.

"Reggae is just something I have a passion for," he said. "Reggae and dancehall is a challenge. I like to see people come from nothing to something. I do it for the love of music and trying to help it out."

Outside of his email blasts and promotions, Wonder has also done DVDs chronicling and highlighting young talent. The first DVD, Dancehall Draft Picks Volume One, showcased then young stars Busy Signal, Aidonia, Mavado and others, which was released for VP Records. According to Wonder, the DVD did well and he is now editing volume two, which was produced by Hapilos Entertainment and will be released independently.

For the future, Wonder has big dreams for Jamaican music.

"I'm working on everybody's projects. I want to release records and compilations and albums and working on digital distribution like what we used to do," he said. "I know there is a market for it so I wanna fill that void."

One of Wonder's latest accomplishments is having been added to the Reggae Grammy Committee from where he plans to continue making a difference in reggae music.