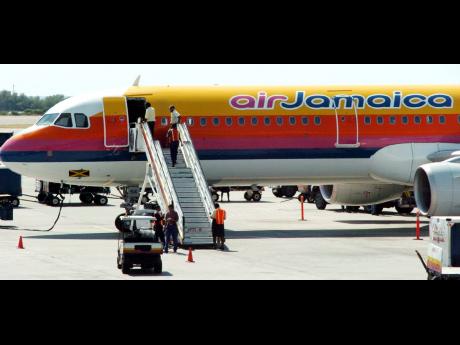 WHATEVER THE outcome of the attempts to sell the national airline, Air Jamaica, the government must now explain what appears to be its stubborn and passive resistance to acquisition by a group of local investors led by the pilot group Jamaican Airline Pilots' Association (JALPA).

While in opposition, members of the current administration literally wasted away with grief over the sale of national assets by the previous administration. One recalls the steady chorus berating the Government for the sale of the cement, insurance and power companies, and at least one bank to foreign investors. It was posited then that Jamaicans were effectively denied real opportunities to bid.

One could reasonably assert that our Government has had sufficient time to hammer out and implement an equitable asset-disposal policy framework that would encourage and facilitate acquisitions by local investors. We understand that while encouraging acquisition by locals, we cannot appear to be jingoistic, as Jamaicans invest elsewhere in the world also. Indeed, Caribbean Airlines is a worthy contender, and we would be flattered if other overseas bidders expressed an interest in our national airline.

While the legal and procedural constraints cited by the Office of the Contractor General are understood, would it be unreasonable to expect that local investors would have been gently encouraged from the very beginning? Instead, the prime minister appears to be rather annoyed by the pesky pilots, blaming them for their current disadvantaged position in the race. History may judge him harshly if current economic expediencies are allowed to supersede every other principled consideration.

The sale of Heathrow slots, reportedly for precious little, did enrage this government while in opposition. Are we to see a repeat of what they so eloquently decried? Tell us, Mr Prime Minister, why hasn't your tone been a little more understanding and supportive of the local acquisition effort? This would have been more consistent with your pre-election rhetoric that once charmed a punch-drunk electorate. Is this another about-face?