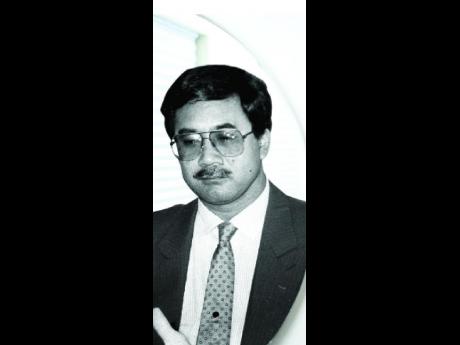 Dr Paul
Chen-Young claims it is a "cardinal rule that a columnist should disclose any conflict of interest when writing about a subject in which there has been personal involvement". In his Gleaner letter, dated February 17, he said I breached this by not disclosing I was "a former director of FINSAC in the 1990s". Not having done so, "he has compromised the views that he has expressed". Chen-Young asks you to come to an entirely unwarranted conclusion. Views cannot be compromised if they are verifiably true or believable by a reasonable person.

For years, during the 1990s and early 2000s, my columns ended with: "Mr Persaud teaches economics at the UWI and serves as a board member of FINSAC. Views expressed do not necessarily reflect those of either institution." I've written so many columns on FINSAC indicating my service on its board, I can't remember them all. Columns, for instance, on August 5, 2007, September 23, 2007, December 11, 2009, February 19, 2010. I have never hidden this fact, which is prominently displayed on the cover of my book,
Jamaica Meltdown: Indigenous Financial Sector Crash 1996
: "He served on the board of the Jamaica Govern-ment's Financial Sector Adjustment Company (FINSAC) for all six years of its active operations." I've participated in talk shows in which the moderator introduced me as a former board member of FINSAC: 'Independent Talk' with Ronnie Thwaites; Lloyd D'aguilar's 'Sunday Show' on News Talk 93FM. The latest: Lambert Brown's 'Evening Edition' on News Talk 93FM, Tuesday, February 9.

Nothing to gain for me

Three of my columns were direct responses to Chen-Young's analytically flawed attempts to blame Government's actions for Jamaica's mid-1996 financial meltdown and the Eagle Group's failure in 1997. He knows all this. On the other hand, his letter never 'discloses' he was Eagle Financial Group's boss, a beneficial owner. As beneficial owner, his potential conflict is deep. I never cite this fact to challenge his views. I was never a beneficial owner of FINSAC. My service, time and effort, intellectual input and what economists call 'opportunity cost' were compensated at rates embarrassing to disclose, not for their magnitude but for being so 'lickle bit' - without even a hint of the stunning intermittent luminescence of our disappearing peenie-wallie! FINSAC's compensation to board members was J$3,375 net, per board meeting - one meeting could last all day. Add preparation time to read reams of documentation, legal and accounting briefs, etc. This was public service.

Chen-Young says, I " ... lump ECB (Eagle Commercial Bank) with NCB (National Commercial Bank) and CNB (Century National Bank) as though they were all insolvent. This is misleading, as ECB was a profitable and viable commercial bank as stated by Dr Davies in his testimony before the FINSAC commission of enquiry." ECB was part of the Eagle Financial Group, efforts to disentangle which were, to put it mildly, challenging. The group was bankrupt - purchased for J$1. ECB, a very small part of that whole, was not. Yet, what objective of public policy could have suggested ECB, a minor bank, should be individually bailed out, disentangled from the group to operate in a situation strewn with impossible obstacles in a readily foreseeable immediate future? If, according to Chen-Young, former Minister Davies suggests it was indeed viable, the minister misspoke. Experienced professionals knew, given prevailing conditions, shattered confidence surrounding ECB and Jamaica Citizens Bank and ECB's minuscule size relative to competitors, it was just a matter of time before it buckled.

For Chen-Young to suggest I was "deliberately misleading" is a fantastic insupportable claim - actually, to put it bluntly, he accuses me of lying. As for my being "analytically wrong (in) treatment of the notion of 'too big to fail' to explain why NCB was saved"; that is, frankly, nonsense. He attempts to support this view arguing that I alluded to American International Group (AIG) being bailed out to avoid breaking the worldwide financial system, many parts of which "purchased junk securities issued by AIG ... . No such situation existed in Jamaica."

The real issue was junk securities rated Triple A, with full knowledge and complicity of rating agencies. Wall Street sold them to gullible (greedy?) investors while insuring with AIG. A United States Congressman compared this to selling cars with faulty brakes then secretly buying life insurance on the purchasers.

In mid-1996, Jamaica, hundreds of thousands of people would reap 'quattie' for every hundred dollars of their life savings. NCB was about half our banking industry. Is this not big enough, 'too big to fail'? Sure, FINSAC could wash its hands of the mess; let us face unimaginable turmoil. Alternatively, it could have arranged with, for instance, Bank of Nova Scotia to take all depositors on to its books, simulta-neously providing FINSAC notes (eventually converted to government paper) to the value of their deposits. What a monster monopoly this would have created! Is that sensible public, economic policy?

Finally, Chen-Young refers to Jamaica's relationship with the IMF at the time of NCB's sale. He did so in a previous comment which I rebutted on September 23, 2007 - a long time ago, isn't it? IMF did not mandate NCB's sale, merely referred to it in publications. Interested potential buyers, rightly or wrongly, view this as a virtual forced sale. Price is what the market will pay regardless of value, intrinsic or otherwise.

Our 1990s financial meltdown presents a fuzzy display of ill-considered risk assessment, speculation and generally improper behaviours, all in deployment of other people's money. The enabling factor was an inadequate regulatory system created for an earlier, different world. This need not have been. First Edward Seaga's, then P.J. Patterson's vision gave the Chen-Youngs and Don Crawfords of Jamaica the chance to modernise and grow our financial services and capital markets for all our betterment. The people signed on, participated in unit trusts, Ciboney public offering, etc. They botched it, discredited Jamaican entrepreneurship and set back development prospects more than a decade.