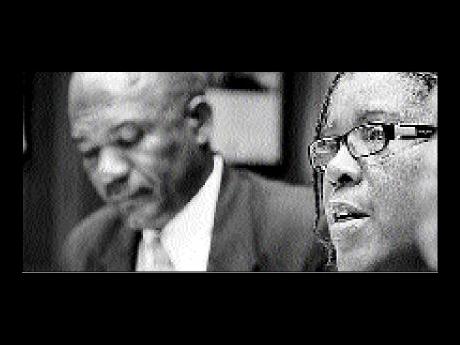 More than 1,000 students from Hutton's Education Unit are at risk of not being registered for this year's Caribbean Examinations Council (CXC) examinations unless millions of dollars in outstanding fees are paid over to the council by March 15.

The fees, which amount to just over $10 million, include $4.3 million in late examination fees owed by Hutton's to the Overseas Examination Commission (OEC), the local body responsible for submitting examination entries to the CXC.

The original examination fees, which amounted to $6.3 million, were due on December 15 last year.

Executive director of the Overseas Examination Commission, Hector Stephenson, told journalists during a media briefing yesterday at the Ministry of Education that the commission had made several attempts to contact Hutton's last December after not receiving any examination fees.

Stephenson said his office, after several unsuccessful attempts to contact director Neville Hutton by telephone between December 21 and 28, advised him by letter on December 31 that a penalty fee would be levied against the school.

Despite having received no word from Hutton's up to January 6, when he met with the senior assistant registrar of the CXC, Stephenson sought and obtained a commitment for the waiver on late penalties if the institution made payments by January 8.

Hutton's is reported to have made a partial payment on January 8. However, the OEC says the institution failed to provide it with documentation, including reports from online student registration and fee statements, verifying payment had been made.

Stephenson said Hutton's director's first correspondence was received February 5, after another letter from his office dated February 1 advised the institution that the CXC would be applying a second-stage late penalty due to the non-receipt of entries and incomplete payments.

In that letter, Hutton, who claimed to have deposited $4.5 million to the commission's account, requested a waiver of the late-penalty fees because of financial irregularities at the institution involving staff responsible for collecting examination fees.

However, checks by the commission revealed that only $3.5 million had been deposited to its account.

Additionally, the CXC, while agreeing to accept late entries up to March 15, is unable to waive the penalty fees given the high costs involved in printing, packaging and shipping examination papers from the United Kingdom.

Following the intervention of Education Minister Andrew Holness last week, a meeting was held with both the registrar and the chairman of the CXC to find a solution for the students.

Permanent Secretary in the Ministry of Education, Audrey Sewell, asked that Hutton's Education Unit sign an irrevocable agreement to pay the late fees as a condition for the CXC to allow the affected students to sit the exams.

"Currently, the lawyers for the Overseas Examination Commission are in dialogue with the lawyer for Hutton's Educational Unit. We are hoping that he will sign this agreement that will allow the students to sit their examinations," said Sewell.

She added that the Ministry of Education advised Hutton in a letter dated February 16 that it could not afford to absorb the additional cost of the waiver being sought due to financial constraints.

"We are hoping he will allow good sense to prevail and sign the agreement to allow students to sit the examinations."

The Gleaner
sought to obtain a comment from Hutton but was told by his office he was away for the rest of the afternoon and would not be available until this morning.