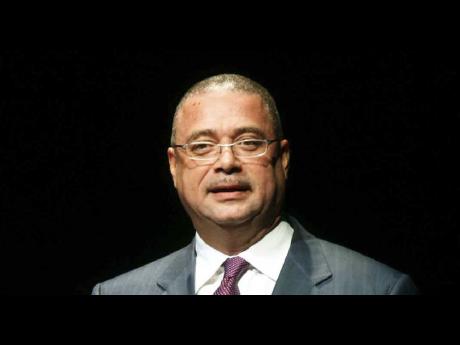 Both companies are part of the CL Financial empire, which has endured a rough year after its spectacular collapse and January 2009 bailout by the government of Trinidad and Tobago.

Since then, the Thompson administration has established an oversight committee to guide the sell off of three CLICO subsidiaries - CLICO General Insurance, CLICO Mortgage and Finance Company Limited and CLICO International Life.

Thompson, who is also finance minister of Barbados, said while sale negotiations for the other two companies are expected to be concluded shortly, "CLICO International Life Insurance Company has proven to be more difficult".

This, he said, was due to the large number of executive, flexible premium annuities, which carry high interest rates and are short-term deposits.

"Potential bidders have expressed concern about this liability, which is in excess of BDS$300 million (US$150 million) and most of which matures in 2012," Thompson told the House of Assembly on Monday as he presented the financial estimates for the 2010 financial year.

"The oversight committee is, therefore, exploring with manage-ment and the actuary, a number of restructuring options for the company in order to make it saleable," Thompson said.

Working for a feasible restructuring plan

The committee has been given extended time to June 12 to complete its work.

"It is hoped that within that period a feasible restructuring plan can be achieved in order bring about a sale of the life company. It is expected that the restructuring will involve some adjustments to the terms of the short-term liabilities - the EFPAs - so as to achieve a better matching of assets and liabilities," Thompson told lawmakers.

"This may involve having to place the company under judicial management if there is not policyholder agreement to the proposed restructuring of the company."

The Supervisor of Insurance has placed a hold on the writing of new business until it has been able to satisfy the conditions of the Insurance Act pertaining to the statutory fund, "an action that probably should have been taken since the year 2005, but no action was taken by the previous administration," said Thompson.

Barbados' Supervisor of Insurance and Solicitor General are preparing applications to the court to have British American placed under judicial management - where a manager is appointed to rehabilitate financially troubled but viable companies, avoiding liquidation - a decision the PM said that was made to coordinate with events in the firm's home market, The Bahamas.

"The reason for that is simple. The Bahamian company and its branch operations in the OECS (Organisation of Eastern Caribbean States) are all under judicial management and the judicial managers are trying to achieve a sale of the operations along with the Barbados entity," he said.

Thompson also announced that Barbados' proposed Financial Services Commission will kick off on July 1, 2010 as regulator for insurance and pension business, credit unions, the security industry, and international business/offshore companies, or IBCs, where applicable.