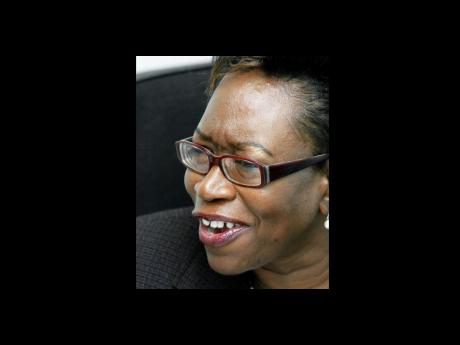 'Dysfunction' means impaired or abnormal functioning. 'Subversion' means to destroy, undermine or corrupt. Jamaica's political institutions suffer a bit from both, and increasingly so. They will not perform properly when they do. They will not be trusted and respected. They will lose authority more fully and it will become impossible to govern.

All of our political institutions have been losing authority. But the rot seems to be setting in on our legal-judicial institutions now. Without strong governing institutions, our social and economic life will fail and there are enough signs of that happening already. We must restore the integrity of our institutions quickly. No amount of loans will save our situation if we don't.

The key legal-judicial, investigative and prosecuto-rial ensemble comprise the Ministry of Justice; the attorney general; the director of public prosecutions; the solicitor general; the Office of the Contractor General (OCG); the commissioner of police; the prime minister and ministries; even the Speaker of the House, and the president of the Senate where a parliamentarian is also involved; and, of course, the courts. These cross over with the political and administrative ensemble.

Whenever a government has been accused, as by a friendly newspaper recently, of lack of transparency, arrogance, confusion and thoughtlessness, it makes you wonder if this is just part of the dysfunction of politics and administration or if this behaviour is somehow intended to subvert justice and democracy. Two current cases cause us to wonder where dysfunction ends and subversion begins.

In the Joseph Hibbert case, the director of public prosecutions (DPP) is satisfied that there is "sufficient compelling material to be referred to the Jamaica Constabulary Force authorities for further investigations in respect of the alleged actions of Mr Joseph Hibbert and any other possible persons of interest, as yet unknown, surround(ing) possible breaches between 2000 and 2003 of the Corruption Prevention Act and/or the possible commission of a common law conspiracy". The Opposition wonders why then no such directive was given to the police during the six months that the matter had been referred to the DPP by the contractor general.

The DPP report actually begins by apologising for its lateness due to "work exigencies". Then it argues that a criminal case against Mr Hibbert would be hard to prove now because of the passage of time - seven years - and we can add the elapsed time for its own late report and whatever time it will take, belatedly, to commence police investigations. People with evidence to give, as the DPP report recognises, die, disappear, or forget with the passage of time.

The DPP believes that an "administrative breach" had occurred because Mr Hibbert had admitted to taking money from Mabey and Johnson (though not as a bribe). But even here, the knotty ties of politics and administration appear to be reflected in the DPP's own reported explanation that "it would be a matter entirely for the relevant authorities at the Ministry of Transport and Works, the Public Service Commission and/or the parliamentary/political directorate to determine what sanctions and/or other administrative actions Mr Joseph Hibbert would be subject to, if any, in light of the fact that he has retired from that position [in the Ministry] and is presently a member of parliament". Between elapsed time and soft political will, Mr Hibbert may never be charged and allowed to clear his name in a court of law. Is this dysfunction, subversion or something else?

The extradition case of Christopher Coke is fast engulfing the Government and its political, administrative and legal ensemble into political quicksand. It has caused respected columnist, Claude Robinson, to ask if Mr Golding is losing his grip on governance. He has certainly failed to be forthright in Parliament, which continues to suffer dysfunction or subversion as a result. The executive refuses to allow the court its independence to judge this matter, and the minister of national security and police have been immobilised in the whole matter.

The website of the United States Department of Justice contradicts Mr Golding's statements to Parliament and reveals more than he has, which only begs for answers that he has failed to give. The leader of the Opposition has asked the prime minister to tell us what money was paid, by whom and for what ser-vices, since this is taxpayer's money and, if it was not paid by Government, who paid it. So much more needs to come to light about the role of Harold Brady and his law firm.

Is misrepresentation of the country and misinformation to the public a result of a dysfunctional system or subterfuge and subversion? When the DPP reacts late to the OCG's recommendations, as in the Hibbert case, or the prime minister does not react at all (up to the time of writing), as with the OCG's charges against minister of tourism, Ed Bartlett, and tourism officials, does it represent dysfunction (bureaucratic bungling), subversion of justice (political interest) or something else?

The one part of the system that seems to work is the OCG. Thanks go to P.J. Patterson's government for this. But the OCG is frustrated. On March 22, Greg Christie wrote to the PM asking for a national independent anti-corruption state agency that could criminally investigate and independently prosecute all corruption and criminally related offences. I support something like this. It would also build on the National Integrity Action Forum being led by Professor Trevor Munroe. It would support the spirit of an integrity commission in the PNP and its emerging idea of an integrity branch of government.

The Hibbert case and the Brady matter are just some of the cases before us now. The Brady case, which connects the attorney general, solicitor general and prime minister, might well vindicate the Public Service Commission, which had been fired in 2007 for choosing Professor Stephen Vasciannie as solicitor general. The Opposition has raised questions about the role of the solicitor general in lobbying the US government and a Gleaner editorial says he may have exercised "poor judgment".

The PSC was charged with "misbehaviour". Who is misbehaving now? Was the solicitor general directed to make contact with a foreign law firm to lobby a foreign government on a matter which should be in the hands of the Jamaican courts? And was this done in order to save the prime minister from an embarrassing connection with a "most-wanted individual", as the US State Department describes Mr Coke?

Is Plan B to have the United Nations mediate on the matter anything more than an attempt to play for time, at least until after the next elections? Is this matter spreading to the deputy prime minister who is minister of foreign affairs? Is Jamaica's reputation to be sacrificed all the way to the US and the UN to save Golding from a hole he dug to get a safe seat for himself?