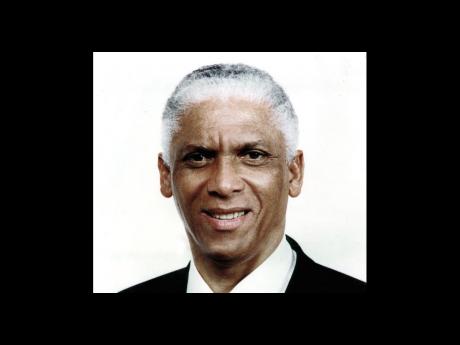 The following is an edited version of a position paper presented at a Church Conference in Nassau, Bahamas in February 2010.

In that exchange, an outrageous violation of Biblical interpretation occurred by these two representatives, one from the fields of Rasta activism, and the other from the halls of Rasta intellectualism. The character of the occurrence fuels claims to the accusation that at least one influential Anglophone Caribbean academic may be charged justly with 'perfuming' Rasta heresy.

The contention here is that while the issue of focus occurred in a sociological context, with cultural flavour, what occurred seems strongly, from an Evangelical orthodox perspective, a development that may have been affected by what the Bible means by reference to the influence of 'demonic spirits', so serious is the deviation from historical Christian orthodoxy.

To support this view, the authority of the apostle Paul is referenced. The apostle, in writing to one of his chief disciples in training for episcopal responsibility told Timothy: "The Spirit clearly says that in later times some will abandon the faith and follow deceiving spirits and things taught by demons." (I Timothy 4:1)

The apostle's reference to 'things taught by demons' is strong but the argumentation is sustained when what occurred in the 21st century seems evidently consistent with what the apostle warned of in the first century.

Here the crucial quote that sparks this issue of what seems like Rasta orthodoxy with University of the West Indies conspiracy. The quote that follows is from the book: RASTAFARI: a Universal Philosophy in the Third Millennium - taken from a chapter in the book contributed by Dr Barry Chevannes - 'Rastafari and the Critical Tradition', pp 295-297.

In that article Dr Chevannes brings into focus a significant quote from a 'Rastaman', as he is called by Chevannes. The Rastaman, says Chevannes, made his controversial remarks while making a deposition in Jamaica before a National Commission on Rastafari.

The said 'Rastaman' is identified as an elder of the Nyabinghi Order, which is a militant type of Rastafari, yet sufficiently able in his reasoning or discoursing by Rastafari standards, to be much respected for his 'profound' knowledge of Rastafarian beliefs.

According to Dr Chevannes, the 'Rastaman', in deponing, was explaining the place and significance of the daily (ganja smoking and meditating) ritual among his brethren. What follows is some of what the Rastaman shared in making his deposition, which is quoted in full as it appears in the said article by Dr Chevannes. The words of the Rastaman follow:

"The Rastaman in his philosophy is conscious about God. He is the temple of God - the Rastaman, not this building. It is within us He dwells, His energy. So we become an instrument of Him, thereby we show Him the divine work of us. So we would burn this fragrant incense within this temple unto Him, the head, the divine, the Highest Thought of Man, to stimulate this inner being above all this [that] you call political and them thing.

"We go about it in spiritual discourses, [so] that we will sit here for the whole day, and despite all the noise and all of that, we are not moving from here, right here, and we reason and have tea. This is what you call the most integral part of the Rastaman, to really sit and reason and to come into one common interest and whatsoever, whether it is political, economical, business or about the state of the Jamaican Government ... . So it is that herb now, and that chalice now is the balance that keep us there, the whole [holy?] herb because when we read the book we see where they say Moses saw God from the burning bush.

"The Rastaman himself believe that Moses saw God from burning the bush. He must have taken a spliff, because there was no God in no bush. We read the Bible biblically, prophetically, literally and so on. So that when we look at it we see that it is a cup, a chalice, and him [Moses] sit up inna himself from a panoramic vision, he sees.

"Within that now we find the divinity in man, and you become a monosystem that God is one. We know God is one but is also found in man, and it is out of that consciousness and presence of God that the Rastaman function and go and live day by day, now He [God] is sealing with him and direct him.

"And he could sit down with his own herb and his consciousness with him, and you find that the brethren walk five, 10 miles, to share that with his brethren just to burn a spliff or chalice."

The intellectual response to those words is made by Professor Barry Chevannes of the University of the West Indies (UWI). Dr Chevannes, let it be known, is a widely recognised voice of authority within academia on Rastafari. He was for many years a University of the West Indies (UWI) lecturer and professor in the Department of Sociology and Social Work, as well as dean of the Faculty for Social Sciences on the Jamaica (Mona) campus of the UWI.

In 1994, he wrote the book Rastafari: Roots and Ideology. In 1995 he edited Rastafari and other African-Caribbean World Views. Apart from those books he has contributed articles to numerous professional journals on the subject of Rastafari.

His impressive qualifications for the task of commenting on the words of the Nyabinghi elder are integral for contextual assessment. His intellectual response, as it appeared in the book under scrutiny, followed immediately the Rastaman's deposition, beginning on the same page, 294. He said:

"This deposition is a brilliant exposition of Rastafarian philosophy of knowledge. Knowledge derived from a process that involves the ritual reasoning under the facilitating and sharing of the holy herb. Reasoning is discourse, but discourse elevated above the 'political', the mundane.

"The sharing of the herb transports the I an' I to a plane where the I an' I finds and becomes one with the God within. It is here that true knowledge is revealed, whether about politics, economics or the state, or how to interpret the meaning of the Holy Bible.

"Thus, Moses could not have seen God from the burning bush, as this passage from the Bible is traditionally interpreted, but from burning bush, the weed, the holy herb of wisdom. (Emphasis mine). The need to attain such heights of knowledge will cause a brethren to journey far distances to commune with his brethren in holy reasoning."

In my responding to Dr Chevannes, I find him philosophically pretentious and so faulty. His epistemology or theory of knowledge is seriously flawed. His detection of 'true knowledge' as emanating "from a process that involves the ritual reasoning under the facilitating and sharing of the holy herb" is intellectual error to scandalous degree.

The error is not even judiciously mitigated to say that such is what Rastafari followers believe. At least that would have protected his professional integrity as a social scientist to be separated from his observations non-judgmentally rather than to express them as if such judgments are convictions held personally.

As evident, he lauds a process of ganja or herbal-influenced meditation that affects rational discourse in a way that makes him exalt beyond rationality the method as producing discourse that is 'brilliant'.

Shockingly, he even sees the Rasta's ganja-induced method of thinking deeply as the source of generating profound views 'about politics, economics or the state' - and please note this addition to his supposedly intellectual response, for he goes on to say that such means may be used to arrive at brilliant or profound thoughts on - "how to interpret the meaning of the Holy Bible", which relates more directly to the issue under focus.

Interestingly, he omits sociology from his intellectually outrageous list, and so perhaps shrouds or protects himself as to whether his own views as an academic generally and a sociologists particularly have ever reached such "profundity of reason heights".

But in regard to his reference to the Bible - 'how to interpret the Bible' - he must not be let off the hook. His theology is heretical for what he says contradicts the clear teaching of the Holy Scriptures with a peculiar twist of imaginative puff. Indeed, he damns proper exegetical principles of Biblical interpretation as necessarily falling short of ever attaining such Rastafari ganja-inspired heights or depths.

The single issue for deliberation and analytic assessment of my response and judgment is that such teaching as the Nyabinghi elder articulated and as Professor Chevannes evaluated and seemingly approved, constitutes heresy and attracts damnation from the Evangelical Christian perspective.

For emphasis, I repeat the cryptic, heretical quote that makes scholarly Biblical exegesis go up in smoke under the guise of what must be at best a joke: "Thus, Moses could not have seen God from the burning bush, as this passage from the Bible is traditionally interpreted, but from burning bush, the weed, the holy herb of wisdom".

In terse summary, the focused and forceful contention of this paper is that in at least this shocking instance the clear impression has been rational minds that Caribbean academia has 'perfumed Rasta heresy'.

Dr Billy Hall is an evangelist and social analyst. He may be contacted at billsophia@hotmail.com; Feedback may also be sent to columns@gleanerjm.com