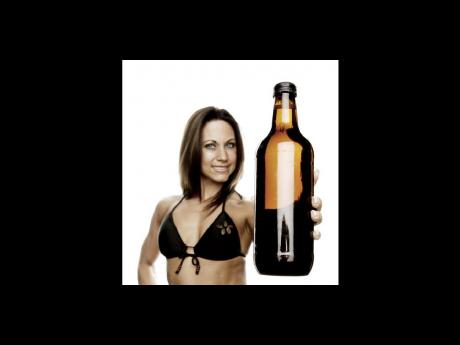 While a number of companies have mounted campaigns against alcohol abuse among teens, many through glorified images are actually luring teens to drink. - Contributed

Alcohol-related crime and disorder by young people is estimated to cost officials in Britain more than £1 billion each year.

In the United States, it is estimated that each year, approximately 5,000 young people die as a result of underage drinking.

Other countries around the world have reported similar staggering numbers, and while the official figures are not available in Jamaica, there is no doubt that the country is facing similar challenges because of children having a drink, or two.

Despite the clear health concerns and the social problems caused by drunk children, some of the world's main alcohol producers target their messages at young adults, making it seem 'cool' to imbibe. However, the major local producers and distributors of alcohol have implemented campaigns urging persons to drink responsibly while making it clear that their products are not for children.

One high-profile campaign has been launched by Red Stripe and its parent company Diageo, which is based in London.

"The safety and health of our consumers is paramount, as such we do not allow anyone under the age of 18 to enter our events or purchase our products," Dianne Ashton Smith, head of corporate communications at Red Stripe, told The Sunday Gleaner.

"Our brands are all made to be enjoyed responsibly. That is why we are educating consumers (through) our 'Think Responsibly, Drink Responsibly' campaign, which is successfully integrated in our advertising and promotional activities," Smith said

The campaign was launched by Red Stripe years ago at a time when alcohol consumption was being blamed for many of the accidents on Jamaican roads.

Since then, Red Stripe has partnered with the National Road Safety Council in its campaign against drinking and driving.

Diageo has gone even further, with the introduction of DRINKiQ.com.

This is an online community where people can share videos and programmes they have found to be effective in addressing alcohol-related issues.

"Some people ask why a drink company would put so much effort into responsible drinking initiatives.

"We believe there is an irrefutable business case for promoting the sensible use of our products. We want consumers to enjoy our brands, which they cannot do if they drink to excess. And it is not in our interest if the bad behaviour of a few alienates the majority of our loyal consumers," Diageo says.