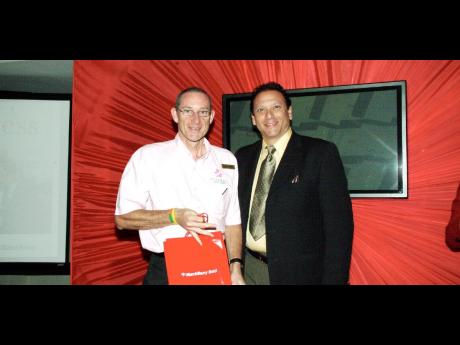 General manager at the Hilton Rose Hall Resort & Spa, Dermot Connolloy (left), is the lucky winner of a Digicel BlackBerry 9700, the newest in its series, at Digicel's official launch of its BlackBerry Enterprise Server Express, held at the Hilton Rose Hall Resort & Spa in Montego Bay on Wednesday. At right is Albert Fernandez, enterprise sales regional manager with Research In Motion Corporation, who made the presentation. - Photos by Noel Thompson 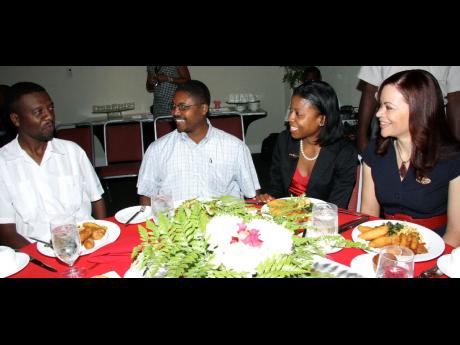 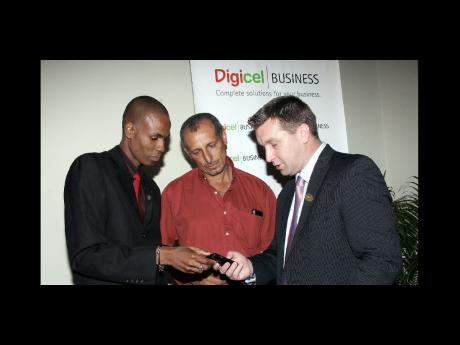 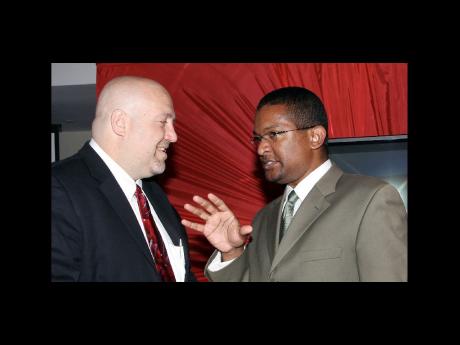 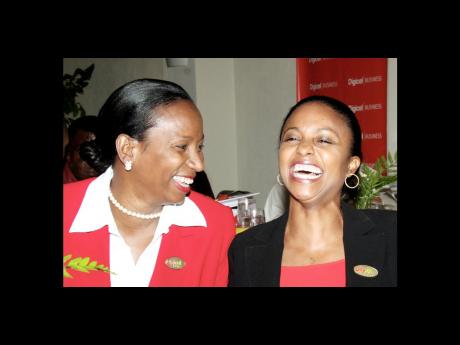 Minutes before 8 a.m. on Wednesday, guests started filing in for what they thought would be an important and informative session, and in the final analysis Digicel lived up to its reputation - receiving kudos from the attendees.

"Larger businesses will have their own servers, but the cost to purchase servers, software and licences can be a barrier for them to go the BES experience way. Digicel, through a partnership with Research In Motion Corporation, is offering companies the opportunity to connect to our BES Express servers free of charge," said head of Digicel Business, Niall Sheehy.

Ferron Senior is an information technology (IT) manager at Hedonism III. He travelled from St Ann to attend the function because he believed it was of utmost importance. "Everybody is trying to incorporate mobile communication in their business. Digicel has a strong network. We will definitely benefit from this launch."

The ambience and the air of intimacy that enveloped the room could not go unnoticed - tables were draped with red linen cloth, as well as the backdrop where the plasma TV was affixed for Digicel's PowerPoint presentation. Digicel prides itself on marketing and branding, and this, too, was quite noticeable across the room.

And if that was not enough, Sheehy visited every table, shook hands and thanked everyone for attending the function.

The event was geared primarily at the business sector and IT managers across a wide spectrum of companies, and as if to underscore its importance, many of these managers travelled from other parishes across western Jamaica to attend.

Describing Montego Bay as a fantastic city, the Irish-born Sheehy said Digicel remained cognisant that the western city, like all of Jamaica, plays a pivotal role in its development, adding that it was against that background they chose to host the second such event in the west.