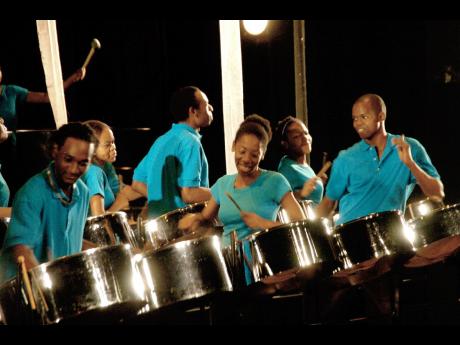 UWI (University of the West Indies) Panoridim Steel Orchestra plays during 'Panfest 2010, the Magic Drum', held at the Philip Sherlock Centre for the Creative Arts on Friday. 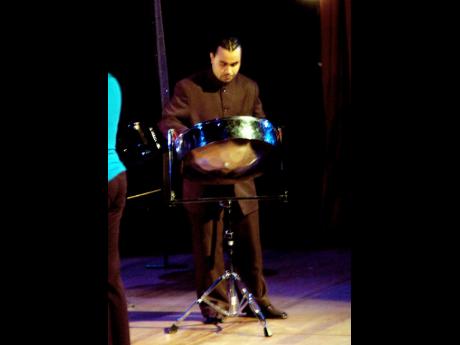 THE UNIVERSITY of the West Indies Panoridim Steel Orchestra hosted its 2010 Panfest gala performance at the Philip Sherlock Centre, titled 'The Magic Drum'. Scheduled to run from July 2-4, the theatre was not packed to capacity at the beginning of the performance, which promptly started at 8 p.m. The audience members who showed up on time were welcomed by Tanny Shirley, chairman of the South east Regional Health Authority, who applauded the efforts of the Chest Hospital to treat diseases like pneumonia, asthma and other respiratory illnesses.

Shirley reported that the proceeds from Panfest 2010 would be donated to the National Chest Hospital in an effort to refurbish its intermediate care ward for patients who had extensive surgery and would need greater care and supervision.

Terry Baker, acting senior medical officer at the hospital, gave a brief speech, ending with a quote from Shakespeare.

"If music be the food of love, play on," she said. The curtains opened and the performance began.

The first piece of the night was a soothing, mellow number - just right for an unsettled audience. The second performance, Mas Que Nada, was very different. A Latin mix, the band members were a lot more engaged with the performance as they danced with genuine smiles on their faces.

Noticeably, there was an overwhelming use of the drums during this performance piece. Rookumbine Rondo, a Jamaican folk piece, was played with an uptempo beat, that excited the audience. The song was followed by a special magical surprise perfor-mance by guest panist, Liam Teague.

Teague's first performance was too long, though he displayed much skill with the pan.

"The exit was the best part of that presentation," one patron mumbled. The other performances that followed in the first act were Perhaps Love, a love ballad; Violin Concerto in A Minor; Spickle; We All Are One and the two most entertaining of all, a disco-inspired rendition of It's Raining Men and Owl City's Firefly. The best act of the night, complete with theatrics, was It's Raining Men. The sound effects, props and the use of lighting were superb additions to the upbeat energy of the classic hit.

Following a 15-minute intermission, the show's second act had performances of songs such as Pata Pata, Over The Rainbow, Never Change, Chant, and a few others. Teague treated the audience to a second performance that was much better than his initial set. Loud cheers and applause echoed throughout the Philip Sherlock venue when he finished. The pace at which his hands moved and the effortlessness of the motions made it obvious why he was known as the 'Panginini of the Pan'.

At the end of the performance, each section played the separate instruments, showcasing the different sounds each provided. Blended, the sections made one complete and unique melody. When the lights returned, the venue was full.