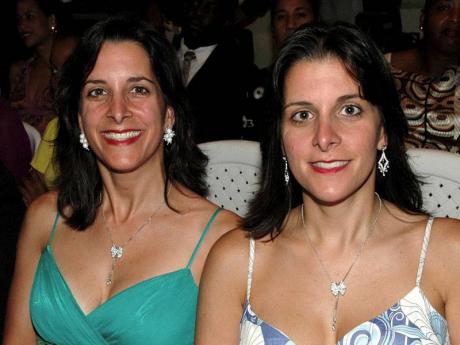 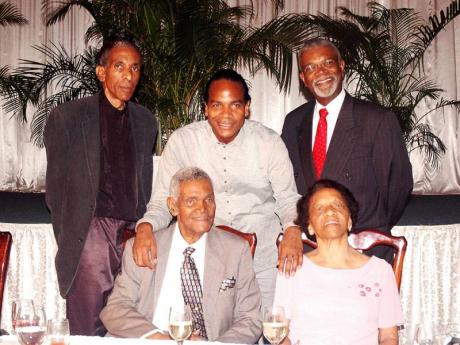 Byron and Margaret Fraser, as they are pictured on the diamond anniversary celebration and his 90th birthday. - file photos 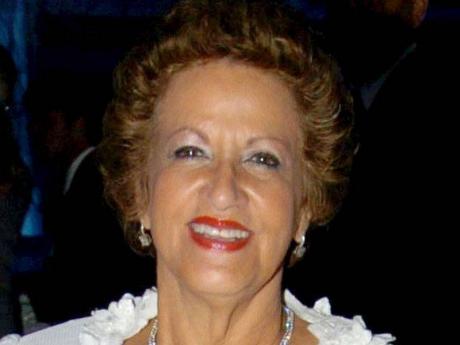 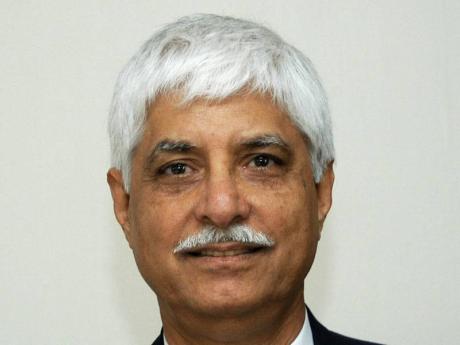 Love is definitely in the air! Congratulations are definitely in for the lovely Tara Hylton, and the affable Germaine Wilson, of Montego Bay, who tied the knot in the Second City, on Saturday, July 10, in what was a fab ceremony. And mon, congrats also to the fab Marsha Wilson and her love Chris Maxwell, who exchanged 'I dos', last Saturday in an intimate ceremony in Stony Hill, witnessed by family and very close friends. The buzz is that it was as fab as fab gets and beyond.

Meanwhile, on July 22, it was all about the beautiful mid-island town of Mandeville, as the champagne corks were a-popping when friends and family gathered for a double celebration to commemorate the 60th wedding anniversary of Byron and Margaret Fraser, as well as the 90th birthday of the affable Mr Fraser.

Byron Fraser served in the Jamaica Constabulary Force for some 25 years, where he gained the moniker 'the poet policeman', before retiring in the early 1960s, and was later posted in London as a security officer with the Jamaican High Commission. He served during the tenures of former high commissioners Sir Laurence Lindo and Sir Arthur Wint, before retiring to take up a post with British Telecom. Meanwhile, his wife, Margaret, worked in Jamaica as a post mistress before retiring to London where she worked with the famous Selfridge's Store for over two decades. They both retired and returned to Jamaica in 1989, and settled in Mandeville where they still reside.

The do to mark the double celebration was hosted at Mandeville's Golf View Hotel and saw just over 100 guests in attendance. Custos of Manchester, Dr Gilbert Allen; Mayor of Mandeville, Brenda Ramsey; Archdeacon Egbert Robertson; Rev Dr Kenneth Thaxter; and former Jamaica Football Federation President, Tony James, headed the list of dignitaries who joined family and friends to mark the very special double celebration. But the coup de gráce was definitely the personal telegram from Her Majesty Queen Elizabeth II of Britain, extending congratulations and best wishes to the couple! It made for a very touching intervention and marvelously so!

And, it was one fab celebration to boot, with the famed Xanadu Music taking musical credits, with lead vocalist Jeff Dingwall belting out some contemporary favourites as well as some golden oldies. He not only warmed the cockles of the hearts of the couple, but also warmed up the dancing feet of those guesting, as guests took to the dance floor and danced up a celebratory glow after dinner and all the officialdom was over.

Heartfelt congratulations to the couple and their children, who made it all a very special celebration which ended with a weekend getaway at the Bahia Principe Resort, near Runaway Bay, St Ann.

Then, it's the age of the Leo, and lions are celebrating all around, so, birthday greetings are being extended to: internationally acclaimed reggae artist, Jimmy Cliff; the lovely Denise Sangster; Chapman Longmore Sr; Tracey-Ann Hamilton Johnson, formerly of Kingston, now resident of Hong Kong; Darlene Rhoden, north coast habitu of Toronto, Canada; Gwen Williams; and Betty McIntyre, who all celebrate their birthdays today. BusinessmanWilliam Matthias; the charming Julia Lowe; George Rattary; and Beverley Sutherland-Lewis, formerly of Kingston, now resident of Washington DC, all celebrate tomorrow.

On Sunday, attorney Harold Brady will celebrate with his traditional August first of birthday do. The lovely Alex Ghisays of Couples Resorts also celebrates his on the first, as do the lovely Pat Williams-Bignall, Rick Saager and Marie Holland. Sonia McKenzie-Davis, executive assistant manager at Hedonism III; the beautiful Andrea Davis; female disc jock DJ Sunshine; and the lovely Pauline Edie, 'Irie', to her friends, all celebrate on August 2. Grand diva of haute style and cuisine Jacqui Tyson and the lovely Anna-Kay Lazarus, caterer extraordinaire, both celebrate birthdays August 3.

The fabulous Issa twins, Zein Issa-Nakash and Muna Issa celebrate their birthdays next Tuesday, August 10, as will Richard Francis in Montego Bay; Gordon Webster and Jennifer Chang-Binns, both in Kingston; Dennis Gittens in Atlanta; and Claudia Chambers of Nottingham in the United Kingdom.

Then, special belated birthday greeting to the lovely Barbie Muhady who celebrated her special day on July 20. Julie Jones celebrated on July 24, as did Jonathan Whyms-Gorman; the lovely Patrice McHugh; Sherese Jackson; and Stephen Suckarie. P.J. Gibson of Ocho Rios; Heather Christian-Simmonds, in the Big Apple; and Shekinah Allison Francis, of Montego Bay, all celebrated on July 25.

Journalist Milton Wray; Vanessa Jackson; and the beautiful Ashleigh Fernandez, all celebrated on Monday July, 26. The charmingly lovely Karlene Lemaire's birthday was on the 27th, and the lovely Michelle Henney celebrated on the 28th.

Best wishes also go out to: former member of parliament Jennifer Edwards; Ruth Hussey, Pamela Neita Lawson of the Jamaica Society for the Prevention of Cruelty to Animals, Marcia Frith-Kohler, in Ocho Rios; and Akil Semaj Campbell, formerly of Kingston, now in Raleigh, North Carolina, who all celebrated their birthdays yesterday.