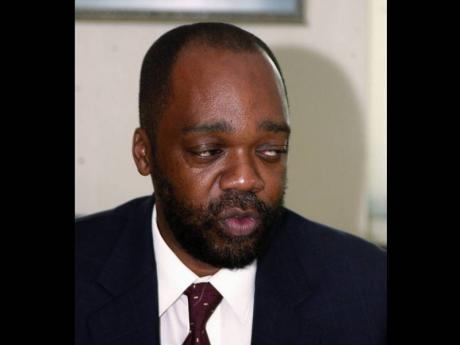 THE FATAL shooting of eight persons in Tredegar Park, St Catherine, last Friday has helped ensure that the most dangerous place to live in Jamaica is Spanish Town and its environs.

This year's latest crime statistics from the police show 138 murders in Spanish Town and its neighbouring communities up to Sunday.

This represents a 47 per cent increase in the number of murders recorded in the St Catherine North Police Division when compared with the corresponding period last year.

Spanish Town and its environs also rank high on the list in terms of the numbers of robberies, break-ins and other major crimes.

According to the latest official figures, the St Catherine North Police Division has overtaken St James and St Andrew South, which have traditionally been the areas with the most murders in the island.

"I had warned that this would happen many years ago," former mayor of Spanish Town, Dr Raymoth Notice, told The Gleaner yesterday.

"From as far back as 2007, I have spoken to all the ministers of national security and at least two police commissioners and warned them that Spanish Town would explode," added Notice.

He said while the police have been correct in blaming the killings on the two notorious gangs operating out of Spanish Town, Clansman and One Order, there is a political underline that cannot be ignored.

"I blame the security ministry, I blame the political representatives and I blame the police who have not been proactive enough," said an obviously angry Notice, who represents the Bog Walk division on the St Catherine Parish Council.

"What happened in Tredegar Park last week was not surprising because everybody on the ground saw it coming and the police did nothing to prevent it."

He was supported by Bishop Rowan Edwards, head of the Spanish Town Ministers' Fraternal, who argued that the decision to end the state of emergency was wrong and one which the country is now paying for.

"We had a good programme going with the state of emergency and we ended it. Why would we have ended something that led to a 38 per cent decline in crime?" Edwards lamented.

He said the Church would be visiting Tredegar Park tomorrow to meet with the families and friends of the victims as part of a wider crusade which will stretch across the island.

"We will be saying to Jamaica that no longer will we sit back and allow persons to destroy this country. We want everyone to speak out, Christians and non-Christians," added Edwards.

He said the Church will be visiting all the major towns islandwide as part of its crusade which will be launched next month.

Among the areas to get special attention from the Church is St James, where the official figures show that 129 persons have been murdered so far this year, while 115 homicides were committed in St Andrew South, which includes the violence-prone communities of Waterhouse, Drewsland, Seaview Gardens, sections of Maxfield Avenue and several others.

Clarendon is also among the killing fields of Jamaica with 103 murders so far this year.

The safest parish, using the murder numbers, is Portland, where six persons have been killed so far this year.

This represents a 60 per cent drop when compared with the corresponding period last year.

Also relatively safe is St Elizabeth with 11 murders, and Hanover, with 14 killings.

Overall, the murder figures so far this year reflect a five per cent decline over last year, with 956 killings down from 1,003 in 2009.

August has been particularly good so far, with 38 killings in the first 15 days, down from 80 for the corresponding period last year.

This represents just more than a 50 per cent decline and continues the trend which has been evident since June when the figures have been moving down.