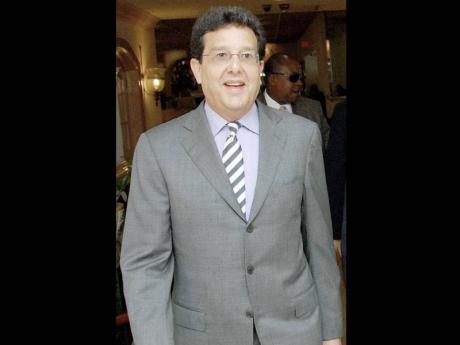 Joseph m. Matalon is bringing British Caribbean Insurance Company Limited (BCIC) and WIHCON Properties Limited under the direct ownership of the ICD Group, continuing a move to flatten the corporate structure and, ultimately, save money.

"It's just a tidying up of the structure and making the operation less costly," Matalon, the principal and chairman of the ICD Group, told the Financial Gleaner.

At present, BCIC, a general insurer in which ICD holds 68.5 per cent, and WIHCON Properties, the group's property-management arm, fall under Industrial Finance Holding Company (IFH), an ICD subsidiary.

But ICD has gone to court with a scheme of arrangements, as is allowed under Jamaica's company law, to cancel the existing shares in the two firms and to issue new ones directly to ICD.

A High Court judge is to rule December 16 on the application, following the endorsement of the deal by BCIC's minority shareholders.

Approval of the proposed re-organisation by the shareholders' of WIHCON Properties was never in doubt, given that it is, ultimately, 100 per cent owned by ICD Group.

Business and legal analysts say that Matalon was likely to have used this more complex route for the reorganisation, rather than a routine transfer of shares, because of greater tax efficiency.

Neither the value of the portfolio of WIHCON Properties nor its annual income was immediately available.

However, BCIC is estimated to have annual gross premium income of J$1.9 billion, after its recent acquisition of the portfolio of Victoria Mutual Insurance and its J$800 million of gross premiums. BCIC is now the island's fourth-largest general insurance company, up from seventh place.

According to Matalon, the restructuring is part of a drive for greater operational efficiency, which, eventually, will lead to the wind-up of IFH.

"It will mean one less company to maintain filing for," he said.

Joe Matalon indicated that the exercise will save the group an estimated J$3 million annually in audit cost and other administrative activities.

Matalon, who emerged as the head of ICD in the late 1990s when he led the first of a series of reorganisations, has been narro-wing the range of what used to be 32-member group and flattening its structure.

For instance, over the past two years, ICD has eliminated six companies, according to the group's chief operating officer, Vickram Dhiman.

"These companies were just shut down because they were dormant and not in operation, so were just ordered to be struck off the companies registered," Dhiman said. "They had no assets or liabilities."

Dhiman said that at least one other company is left to be similarly purged in what he characterised as "just a cleaning up of group".