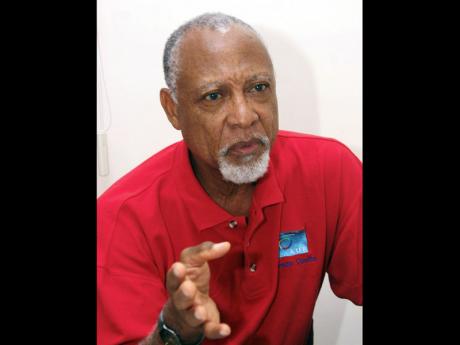 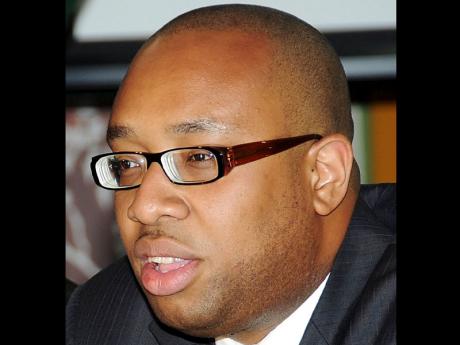 It seems like only yesterday that a small group of like-minded persons including myself met with Professor Barry Chevannes at a Kingston hotel to discuss further ganja law reform for Jamaica. At our most recent meeting sometime ago, he showed in a uniquely humble fashion the ability to wade through some fairly complex issues with amazing clarity and fixity of purpose. He clearly had a deep desire to see substantive progress on a number of issues he had a burning interest in. His commitment to Jamaica and the advancement of its people was unquestioned. It didn't take much then for us to request the pleasure of having him chair our group named the Ganja Law Reform Coalition of which he accepted.

What we liked most of all was the fact that this man was, certainly in our discussions with him, a highly pragmatic intellectual. An intellectual who not only engaged in deep and analytical studies but also was at the helm of efforts to see his analysis, his research, and his conclusions escape the confines of academic literature and come to life. The issue surrounding ganja law reform was a prime case in point.

The 2000-2001 National Commission on Ganja chaired by Professor Barry Chevannes and its subsequent report is still as highly relevant today as it was then. It is one of those extremely valuable reports that came about under the P.J. Patterson-led administration, that never made it to the stage of implementation. It is no doubt a topic that spikes intense debate in some circles but it certainly appears as if negative attitudes towards ganja law reform are subsiding for the most part. World trends indicate a gradual softening of positions towards personal ganja (marijuana) use. In the United States of America, more than a dozen states have decriminalised possession of small amounts of marijuana. Additionally, marijuana is already legal for medical use in 14 states and Washington, DC. In California and Colorado alone, hundreds of medical marijuana dispensaries have mushroomed over the years. Further, possession of small amounts of cannabis is decriminalised in dozens of countries worldwide.

The growing chorus of ganja law reformers is getting louder and louder. And it is coming from varying angles. Law-enforcement officials, policymakers, academia, members of the medical community, human rights activists, politicians, business leaders, social activists and so on are in varying ways calling for a game-change. Former President of Mexico, Ernesto Zedillo; former President of Brazil, Fernando Cardoso; former President of Colombia, Cesar Gaviria and other Latin American leaders under their Latin American Commission on Drugs and Democracy in a report titled 'Drugs and Democracy: Toward a Paradigm Shift' called for the immediate decriminalisation of marijuana. With failing, deadly and expensive drug wars with no end in sight and certainly with marijuana being less harmful than cigarette smoking and alcohol, some rethink to marijuana (ganja) laws are desperately required.

In the case of Jamaica for more reasons than one, a shift needs to take place. The Chevannes-led National Commission on Ganja report pointed to a series of findings taken from the public that in a sense reflects the overall Jamaican population's thinking on the issue of the decriminalisation of ganja, notably within private space and restricted to adults.

Personal benefits (to address a range of medical ailments);

God and natural order (Ganja is a natural herb given by God);

That the laws are inequitable as alcohol and tobacco, which are more harmful, are legal while ganja is illegal;

Ganja use helps with stress alleviation, and;

The report also pointed to submissions from professionals clearly stating that:

There is indeed an inconsistency where tobacco and alcohol are concerned;

The fact that ganja is not manifestly harmful for the majority of people who use it in one form or another;

An inability to suppress it (ganja use) by legal means;

The wasteful use made of the criminal justice system, in terms of its human and financial resources; and,

The compromising of the anti-drug message (cocaine, heroin also criminal).

It is amazing that despite a very comprehensive report, which even went into assessing the local and international legal ramifications and bringing the issue to a joint select committee of Parliament, no substantive progress has been made. What is of primary concern to me is that this may be yet another lost opportunity for Jamaica. While country by country and in the case of the United States, state by state, relax their laws and regulations on personal ganja use, we continue to sit around nine years after an exhaustive but comprehensive report with clear recommendations and do NOTHING.

It is important to note that I am not and have never been a user of ganja. My position on the issue is based squarely on the facts, the need for fairness and equity and the huge benefits for Jamaica. Likewise, one shouldn't misjudge my position to mean that I am advocating for the use and/or misuse of marijuana. Further, just as how smoking a cigarette in some environments (public offices, buses, schools) is banned, the same should be applied for marijuana-smoking whenever it is decriminalised. Strict laws must govern on this score. No ganja law reformer is advocating for indiscipline and recklessness.

In honour of the late Professor Barry Chevannes, I end with the recommendations of the 2000-2001 National Commission on Ganja that should be acted on sooner rather than later:

That the relevant laws be amended so that ganja be decriminalised for the private, personal use of small quantities by adults;

That decriminalisation for personal use should exclude smoking by juveniles or by anyone in premises accessible to the public;

That ganja should be decriminalised for use as a sacrament for religious purposes;

That a sustained all-media, all-schools education programme aimed at demand reduction accompany the process of decriminalisation, and that its target should be, in the main, young people;

That the security forces intensify their interdiction of large cultivation of ganja and trafficking of all illegal drugs, in particular crack cocaine;

That, in order that Jamaica be not left behind, a cannabis research agency be set up, in collaboration with other countries, to coordinate research into all aspects of cannabis, including its epidemiological and psychological effects, and importantly as well its pharmacological and economic potential, such as is being done by many other countries, not least including some of the most vigorous in its suppression; and,

That, as a matter of great urgency, Jamaica embark on diplomatic initiatives with its CARICOM partners and other countries outside the region, in particular members of the European Union, with a view (a) to elicit support for its internal position, and (b) to influence the international community to re-examine the status of cannabis.

Delano Seiveright is president of Generation 2000 (G2K), the young-professional affiliate of the Jamaica Labour Party and a director of the Ganja Law Reform Coalition. Feedback may be sent to columns@gleanerjm.com