Give more to pour 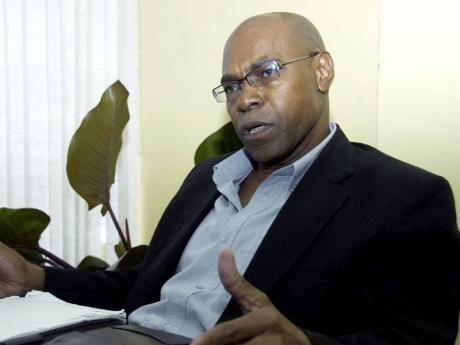 Outgoing president of the National Water Commission (NWC), E.G. Hunter, has backed calls for an increase in the price Jamaicans pay for potable water.

The call was first made by Global Water Partnership Caribbean, which recently argued that regional consumers were paying precious little for the vital commodity.

But Hunter accepts that there is a political risk involved in an upward movement in water rates.

Hunter, who leaves the NWC today after 11 years as president, has warned that the entity will struggle in the future if measures are not put in place to increase its financial viability.

He wants the Government to decide either to pump money into the company regularly or allow it to charge more.

"Not being naive to the political realities of escalating water rates, the state has to decide whether it wants to make periodic subventions to the utility to carry out certain non-economic functions or allow the utility to set a price that will allow it to recover its costs and carry out timely investments," Hunter told The Gleaner in a recent exit interview

But Hunter remains worried that if it is business as usual, the entity could soon find itself in a financial bind.

"My one regret is that I was not able to sufficiently achieve the level of commercial viability or sufficiently develop a commercial ethos in the commission," Hunter said.

"And that is largely because of a raging debate, locally and internationally, as to whether water is a social good or an economic good," he added.

The engineer, who has had an association with the NWC dating back some 40 years, noted that persons who say water is a social good have no problem with the utility company losing money while those who say it is an economic good heighten the commercial ethos.

According to Hunter, while it is okay for the Government to decide that water is a social good, the company should not be the one to bear that cost.

"Regrettably, what has happened in Jamaica is that, whether de facto or de jure, there is a significant inclination towards water being a social good but without the collateral support from the state," Hunter said, as he noted that the NWC is not financed from the government coffers.

"When you look at Jamaica where the NWC provides free water at hydrants and public places and where squatting is at epidemic level, this leaves us with an inability to convert consumers to customers and translates into tight money problems for the utility," Hunter said.

"If I had to do it all again, I would want a shift in that balance where the NWC would get more money from the state and/or the utility regulator in terms of the pricing.

"I believe that the Government should pay for standpipe water and social water, which is water provided to people who either can't afford to pay ... or to people in communities where the NWC cannot carry out normal commercial operations because of endemic violence."

The long-time NWC president accepted that any increase in the price of water could be bad politically for any government, but he argued that this was necessary if people are to get the level of service they deserve.

Hunter added: "There is an inescapable cost to supplying water and either the utility bears that cost by way of rates from its customers or the Government provides a subvention. One way or the other, that cost must be met, because if that cost is not met, the service is going to deteriorate."