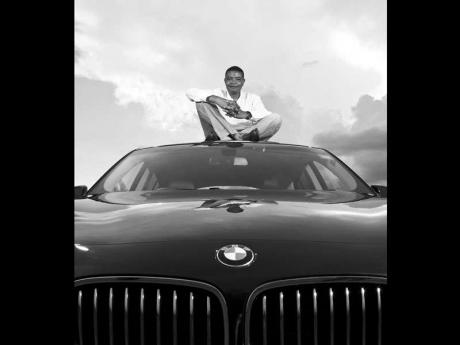 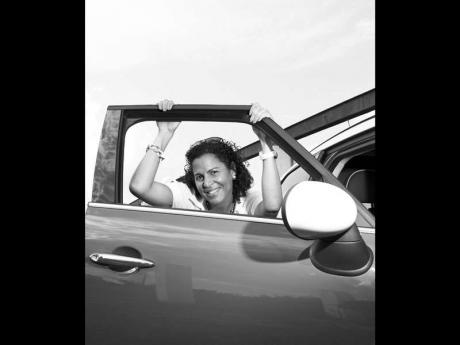 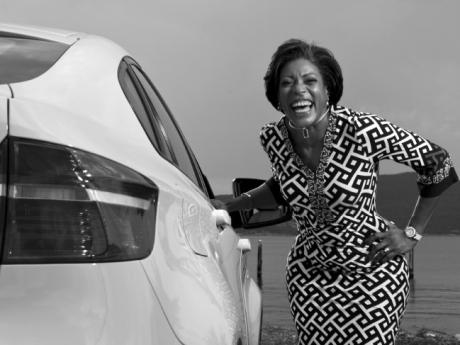 Photographer Marlon James easily confesses that he is not an automobile fanatic, certainly "not as much as some people might be. I do love cars and I know a little about them. I just know what brands I like and do my research on the brands that I like".

Still James, who works at the Edna Manley
College of the Visual and Performing Arts, had a larger than life
presence at the Automobile Dealers Association (ADA) Motor Show 2012,
held late last month at the National Arena, St Andrew. It was with two
specific brands as his photographs of six Jamaicans - the musical duo of
Sly and Robbie shot together - with BMW and Mini Cooper motor cars were
the huge backdrop to a Jamaica-themed display by Stewart
Motors.

James was
one of the participants in the 2010 Young Talent V exhibition presented
at the National Gallery and his portraiture strength was key to the
project. For that exhibition, he did photographs of fellow artists. "I
was hired from an agency called Higher Intelligence Agency (HIA). They
are the ones that recommended me to do the project, based on what I have
done over the years," James said. "I think what sparked it was the
series of portraits I did for Young Talents."

When he
was approached for the job, James said "at the time, I was not sure how I
would execute. However, he did not have any doubt that he would
deliver. "I am up to any challenge, and I don't think there is anything
in photography where there is something I cannot do," James
said.

With Michelle 'Sim' Clarke as art director, the
location was scouted and Clarke outlined what she wanted in the
background. The additional equipment required - an external power source
and generator - were part of the preparations.

Then
the owners were called in with their cars and the all-important rapport
between photographer and subject established. "It was a matter of
meeting the people, getting comfortable with them. After a while people
opened up to me," James said. "I did this all in one day. The first
person was supposed to come at 9 a.m., but did not show up until 11 a.m.
and then we went to work."

"Everybody was very warm
and welcoming to any suggestion. They tried anything asked of
them."

David McBean was especially engaging, as "he
came expecting us to ask him to do some crazy stuff, do some Zen poses. I
said 'let us do it if that is what you want us to do'. He went on top
of the car and started doing some crazy things". The image of McBean
which made the cut for the Motor Show, was one with him sitting
cross-legged on the roof of the car.

James found Cohen
especially rewarding to work with, as he knew her previously, in a very
different context. "I do mixed martial arts and we train at the same
dojo. It was interesting to shoot a colleague. She was happy to come and
it was a last-minute call," James said.

And the image
of Cohen which ended up on the wall of the National Arena was a happy
one. "I got a shot of her as the art director gave her a joke. I caught
her in mid-laughter," James said.

The final images
chosen were taken from a set provided to the client by James. Black and
white was also requested for the images, which were shot digitally in
colour, as "they felt black and white was a more nostalgic feeling than
colour."

James' presence at Motor Show 2012 extended
beyond his images, as he was at the National Arena on the opening
evening and second day. "I went to see the reaction of the people and
what they thought. Most people were very happy and proud and impressed
by the images," he said. He also wanted to see how the pictures were
printed and, of course, to
network.

Automotives asked James if
he would like to do more work with automobiles, and he said, "I have no
objection." However, he is not interested in the automobiles,
themselves, as he is in the connection between the people who own them
and the machines. And he shoots down the notion of the standard image of
a car presented with a human being.

"I like the
thought of people and their cars, as opposed to the car with a sexy
girl," James said. "If I had a preference I would rather do character
than a sexy girl with a
car."