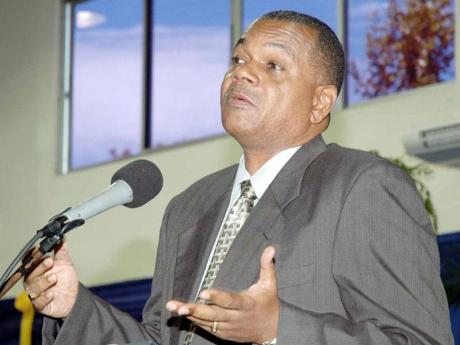 THE NATIONAL Council on Drug Abuse (NCDA) is concerned about the link between drug abuse and sexual abuse of minors.

According to Michael Tucker, NCDA's executive director, research shows that adults who abuse substance are more likely to abuse children, and conversely, children who have been abused are more likely to turn to drugs as a means of escape.

He noted that a study conducted by the National Institute on Alcohol Abuse and Alcoholism, titled 'Molested as Children: a Hidden Contribution to Substance Abuse', pointed to a history of child sexual victimisation being more prevalent among substance abusers than previously suspected.

"The research highlighted unresolved issues from childhood sexual abuse being a contributing factor if not properly treated."

He said there was also a correlation between the significant level of experimentation among the youth population and substance abusing parents/caregivers or them trying to deal with betrayal and hopelessness they may feel because they have been abused.

Recent studies showed that youth were experimenting with drugs from an early age, between 10 and 12 years for alcohol and tobacco, and 12 and 14 for marijuana. Alcohol is the most abused substance in Jamaica, with the last national survey showing 93,000 individuals having alcohol-related problems and 20 per cent of the population surveyed showing symptoms of clinical depression.

"Because of the substance abuser's preoccupation with getting and using drugs, the child is often neglected and little or no attention paid to their basic needs and wants. The normal parental bond and love that should be shared between child and parent is often disrupted and severely affected by the parents' drug-using habits," he said.

Tucker added: "There should be significant concern about general neglect and lack of emotional support and nurturing for our children, as this is considered an aspect of child abuse that can leave deep scars on any child. Money that should be used for the child's welfare, education and health care is often diverted into the purchase of drugs, leaving the child at a disadvantage in trying to progress in school and society.

"In our local drug court system, there are numerous cases where clients under the influence of drugs abuse their spouses and children. Children who are brought up in this chaotic home environment often abuse drugs to cope with environment and will often grow into abusive adults."

Tucker said there needs to be an urgent screening, evaluation and treatment of parental substance abuse in cases of child abuse and serious child mistreatment.

"For our youth in crisis, an evaluation of whether their substance use and abuse is linked to physical or sexual abuse is also a necessity. Only then will Jamaica be able to address a significant contributor to the destruction of our youth population."