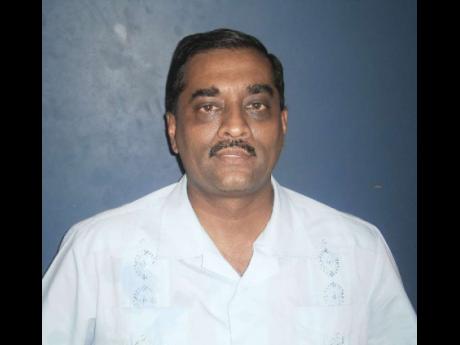 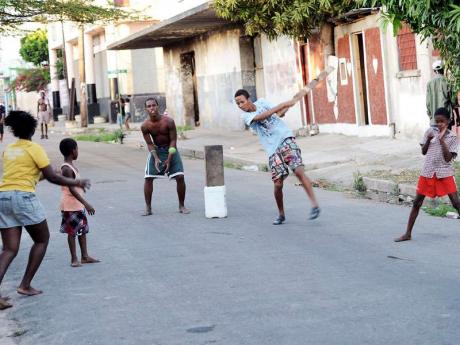 Boys playing a game of cricket on Gold Street in central Kingston. Commentator Akshai Mansingh warns that Jamaica's cricket dominance conceals a host of systemic problems that could hurt the sport domestically.- File
1
2

Jamaica's unprecedented fifth consecutive hold on the Regional Four-Day title has no superlative that adequately describes the feat. With the format of the competition changing from year to year in terms of where the matches are played, what time of day, and even the colour of the ball, Jamaica have proven trumps no matter what was thrown at them.

A country devoid of a single ground with lights was able to win this year, at night as well. Special mention must be made of captain Tamar Lambert's leadership, as well as coach Junior Bennett and trainer David Bernard for their hard work and dedication.

This fifth-straight title is a continuation of the phenomenal performances in 2011, Jamaica's best ever. Then they won the regional Under-15, Under-19, 50-over tournament and, of course, the four-day regional titles, in addition to the women's title, and were even champions of blind cricket. The elusive T20 title left the Jamaica Cricket Association (JCA) short of one last trophy and, more important, short of a lot of cash.

This year was extra special, as Jamaica won every single game outright. The come-from-behind victory in the final was the icing on the cake.

So the great dominance also reflects the poor standard of first-class cricket in the Caribbean. Indeed, just about every round had at least one team which was bowled out for less than 100 runs.

The victory is, nonetheless, not reflective of the state of Jamaica's cricket. The overflowing trophy cupboard is a stark contrast to the dry coffers that are supposed to run and develop cricket in Jamaica. There have been no major new investments in cricket over the last few years and, apart from a few loyal sponsors, nothing else seems to be in the offing. Successive JCA administrations have failed to gain traction on the successes of their teams.

The state of Jamaica's cricket is not dissimilar to the latter years of West Indies dominance of world cricket, where momentum and a culture of winning masked the era of defeat that was to follow.

Development in cricket through heavy investment in sports science and technology, modern administration and marketing was a tool being used by most cricketing countries to plan the defeat of the mighty West Indies team in the late 1980s and early 1990s. When the winning momentum was lost, the crash of defeat was so severe that we are yet to understand what happened.

This, too, may be the fate of Jamaica's cricket, which received its initial boosts from the genius of Rohan Kanhai's coaching stint in Jamaica. The beneficiaries of that era - James Adams, Courtney Walsh, Wavell Hinds and Chris Gayle (the latter two at the youth cricket level) - carried the momentum from the Marlon Tucker era. That legacy was extended when Adams became technical director and reintroduced structure to Jamaica's cricket.

Since then, however, there has been a rapid decline in the level and quality of cricket played, some of which may be attributed to a lack of funds.

The same 2011 season, Jamaica's most successful, saw no Minor Cup competition, and many other common competitions were shortened or stunted because of a lack of funding. Preparation camps for the senior, Under-19 and Under-15 teams were severely curtailed for the same reasons. If the current trend continues, Jamaica's fall from supremacy may be precipitous.

Schoolboy cricket, which is the feeding mechanism for Jamaica cricket teams, has its own peculiar and unique ways of thwarting standards and diminishing the quality of its own competitions.

The Inter-Secondary Schools Sports Association (ISSA), in its own wisdom (and I'm sure that some thought had been put into this), decided that a schoolboy competing in one age competition (for example, Under-19) cannot compete simultaneously in another. So whereas the more talented cricketers may be eligible to play Under-14, Under-16 and Under-19 competitions in the urban area, these rules may prevent such a player from getting full exposure.

This is repeated so more schools that have the fortune to get through to the semi-final of one of the competitions usually end up dropping out of the lower age-group competition. Once again, there have been increasing numbers of schools dropping out of the Under-16 and Under-14 competitions because they are either unable to field a team or fund one. By preventing players from transcending competitions, mockery is being made of schoolboy cricket.

The reality remains that until you win the Caribbean T20 competition, there is little chance that the financial situation will improve significantly without innovative measures. Not that the local prize money is anything to speak of, but by getting an opportunity to compete in the Champions Trophy, usually held in India, the winning Caribbean team is guaranteed upwards of US$300,000 between appearance fees and endorsements.

To that end, Trinidad and Tobago have leveraged their T20 successes to maximise returns for both their board and players. The inclusion of Kieron Pollard, Adrian Barath, Kevon Cooper and the likes in successive IPLs is because of the exposure they received at the Champions Trophy.

Jamaican cricket teams, however, have failed to grasp the principles of T20 and remain poor and disorganised because of it.

So Jamaica, too, must leverage their position locally. Carefully planned matches (for fun, of course) between Jamaica and the rest of the West Indies could be potential money earners in the region and in North America. This should not be seen as a means for Jamaica to break away, as we do not have the financial status or first-class infrastructure to go it alone.

But these could be matches of financial interest to the West Indies Cricket Board and the JCA without requiring any other entity's approval. Yet, you can rest assure that inertia and paranoia will not allow it to happen.

Revelling in Jamaica's success should, therefore, be done with an eye to the future rather than the past. If Jamaican cricket does not improve its organisation and infrastructure with innovative ideas and corporate help, it, too, will have a reality check from which it will take decades to recover, like the West Indies.

Dr Akshai Mansingh is the WICB's chief medical officer and member of the ICC's medical panel. Email feedback to columns@gleanerjm.com and amansingh@flowja.com.