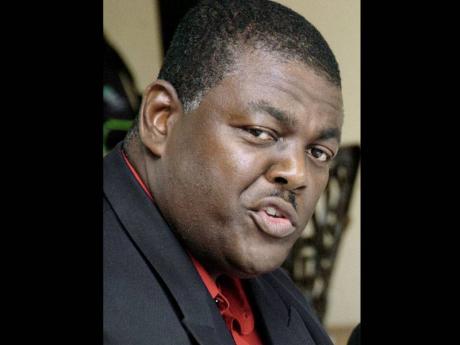 The Jamaica Constabulary Force (JCF) has lost a front-line officer who was determined to tackle crime head-on in one of the island's most troubled divisions.

Forty-six-year-old Senior Superintendent of Police (SSP) Dathan Henry, who was in charge of Clarendon, died in hospital Saturday night after a brief illness.

He had been scheduled to start a training course today which could have seen him moving up the ranks.

Grant had been assigned to the security detail for Transport and Works Minister Dr Omar Davies.

Assistant Commissioner of Police Derrick Cochrane said a tremendous void would be left with Henry's passing.

Cochrane, who is in charge of the Area Three Division, said Henry was among a group of senior superintendents who were slated to participate in the training, which is designed to look at potential leaders for the force at the commissioning rank.

"SSP Henry was one of the finest policemen of his generation and rank presently serving in the Jamaica Constabulary Force. He was a law-enforcement practitioner par excellence who was forward-thinking. He thought outside of the box and he was just a phenomenal policeman," Cochrane said, sighing continuously.

He hailed Henry for his contribution to citizen safety and the decline in crime in the division.

"Crime reduction and citizen safety in Clarendon over the past four years are synonymous with SSP Henry's name and the team that he led," he added.

The Clarendon division recorded 75 murders last year, which was the lowest since 1994.

Grant, 54, served in the force for 35 years. He had served at the Police Training School, St Andrew Central Division, Professional Standards Branch and Anti-Corruption Branch.

In a release yesterday, the Police High Command expressed regret at the passing of the two senior members of the organisation.

"The High Command is reassuring the families of both police officers of our full support, counsel and prayers during this difficult time, and also wishes to offer a special word of comfort to the colleagues at the Protective Services and Clarendon divisions," the release read.

Minister of National Security Peter Bunting also expressed sadness at the deaths of the two members of the force.

He said Henry was described by both his colleagues in the High Command and the Clarendon community as "one of the very best" policemen.

The minister said Grant was well known and liked by ministers and parliamentarians for his friendly, cooperative and professional approach.

He said he received a number of commendations during his long tenure in the JCF.