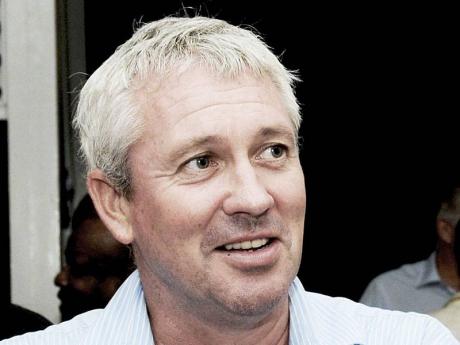 Toyota Jamaica Limited is expanding operations beyond Kingston and will open a new branch at Ironshore in Montego Bay in August, according to Tom Connor, the new man in charge of the dealership.

The company is currently recruiting sales, administration and technical staff as well as a branch manager for the 1.5-acre complex.

Connor suggested that the timing was influenced by one of Toyota's competitors.

"We have been thinking of going to Montego Bay for some time," he said. "The opening of ATL down there did prompt us to get a move on."

Toyota Jamaica is owned 80 per cent by the Toyota Tsusho Corporation of Japan and 20 per cent by Janet Panton. It distributes both Toyota and Daihatsu models.

The company, which sold 1,700 units locally last year, indicates that while all its sales are transacted from Kingston, about 20 per cent of the business comes from western Jamaica.

The new offices are intended to serve this market more efficiently, Connor said on Monday.

Before his Jamaica assignment, Connell said he was managing director of Toyota Malawi for eight years.

Toyota Jamaica expects to sell an extra 100 units in the west in the first 12 months of operation, which Connor said was a "conservative" projection.

The Montego Bay set-up will be executed in two phases: first, an interim facility providing sales and parts; and then the completion of a purpose-built facility in three years.

"It will, in the end, reflect all the sales and service as in Kingston, excepting the body shop," said Connor. "We are starting off with 20 employees."

Connor declined comment on the investment being made, noting that cost projections were still under review and that some of it would be determined later when tenders go out for developers of the purpose-built facility.

ATL's sales and service centre in the expanding Bogue area, sells German brands Audi and VW as well as the Japanese brand Honda.

Toyota's complex is on the opposite end of the city. Ironshore is both an upscale residential community as well as the base of several resorts. It also houses commercial and industrial businesses.

Car dealerships in Jamaica are all private companies, so industry data on sales and market share tends to be anecdotal.

Connor insists that Toyota Jamaica is the lead car company by sales. The dealership sold 30 per cent more vehicles in 2011 as a result of the reduction in duties, he said.

"We are hoping that there will be no change in the Budget," he added, referring to the pending Budget Debate in which Finance Minister Dr Peter Phillips will outline his strategy for financing J$612 billion of planned spending.

On May 24, the minister will advise what taxes he will impose on businesses and individuals.

Connor said Toyota Jamaica was affected "quite badly" in 2010, because of the tsunami in Japan, which resulted in a suspension of regular vehicle shipments in April, May and June.

"It was not until November that we started receiving the full amount again," he said.

There was also a flood in Thailand which affected supply of trucks manufactured there. Parts supply, however, remained unaffected, as there was enough in stock.

Toyota Jamaica Limited was formed in 2000 when Toyota Tsusho Corporation acquired majority ownership from United Motors Limited, which existed for over 65 years.

Connor says the Toyota Rav 4 is the local bestseller and is responsible for 25 per cent of all sales.