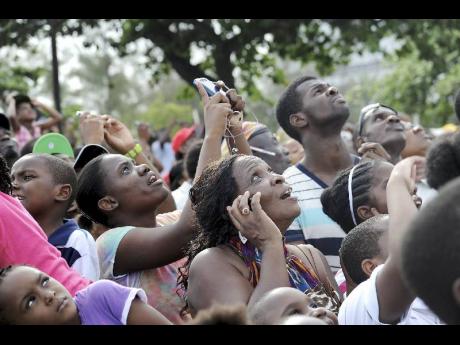 Spectators look on in amazement as a Canadian Air Force fighter jet performs a routine over the Kingston Waterfront yesterday. - Norman Grindley/Chief Photographer 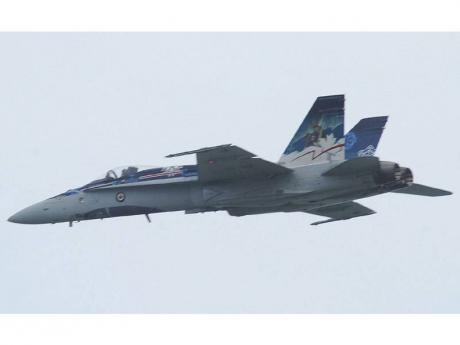 The Canadian Air Force fighter jet that grabbed the attention of Jamaicans across the Corporate Area yesterday. - Photos by Norman Grindley/Chief Photographer 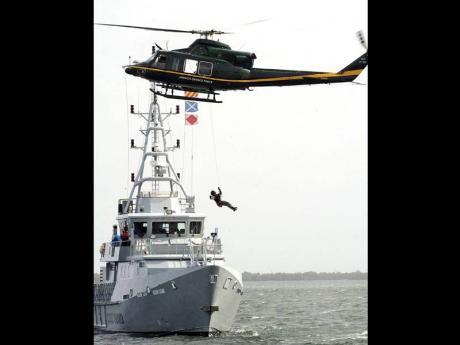 Jamaica Defence Force soldiers engage in an air-sea rescue simulation during a military display and air show yesterday at the waterfront in downtown Kingston. 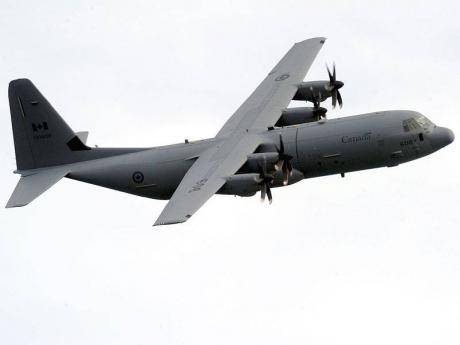 The C-130 Hercules turboprop military transport aircraft that took part in yesterday's air show at the waterfront in downtown Kingston.
1
2
3
4

Fighter jet the toast of the show


Are we under attack? Is another Tivoli incursion? A God a come? A wha dat?

Those were likely questions yesterday from Jamaicans as they heard loud, booming sounds coming from the skies about noon.

But they couldn't see anything. What was happening? Have no fear, it wasn't aliens trying to wipe out mankind or World War III; it was merely members of the Royal Canadian Air Force. They were warming up their aircraft, including a jet, for the military air display which was part of the Labour Day festivities held yesterday.

Curious adults and wide-eyed children jumbled together primarily at the Urban Development Corporation's southern car park and all along the waterfront to catch the show. Heavy rain before the start of the event threatened to ground the plans (and the jet) but the sun would have none of it. Once word began to spread about what all the heavenly cacophony was about, there was nothing to keep people away. The booths and sound-system offerings were nice, but it was the air show that had captured the attention.

Minutes seemed like days as the crowd waited first for boats to maintain a safe distance from the waterfront, and then for commercial aircraft to clear the airspace. Every delay was met with groans of disapproval. But that didn't mean a lessening of the crowd; they wanted to see the jet. Finally, sometime after four, here the planes came. First to soar past was the C130J Hercules, a four-engine turboprop military transport unit.

The bulky aircraft showed off surprising agility as it did two passes. But the star of the show was the CF-18 Hornet, a fighter jet. Travelling at frightening speeds of up to 600 miles per hour, the jet approached from behind the crowds lyming by the waterfront. As impressive as its pass was the deafening boom of its engines long after the silver arrow disappeared from sight. The sheer force of the vibration left people clutching their ears and even their hearts. Like an iron mosquito, it darted to and fro, evoking loud applause from an appreciative audience.

Aside from the fighter jet display, crowds were also treated to a Jamaica Defence Force (JDF) air and sea search-and-rescue operation demonstrations as well as a plethora of marching bands. The event, organised by the ministries of National Security and Youth and Culture, ended with the annual Labour Day concert.

The Jamaican military's performance is a precursor to the JDF's Military Tattoo, which will be held at the JDF Polo Field, Up Park Camp, from June 28 to July 1. Jamaica Military Tattoo 2012 will be held under the theme 'Precision, Pomp and Pageantry: The First Five Decades'.