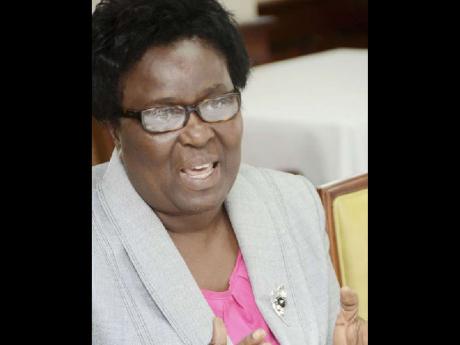 A local education specialist is calling for a paradigm shift in the teaching methodology geared towards boys in the nation's education system.

Psychologist Dr Claudine Hyatt, while lamenting the number of boys falling through the cracks, said one of the reasons was that the curriculum in teacher-training institutions and within the schools was heavily tailored towards meeting the educational needs of girls.

Hyatt said she believed fixing the curricula could impact positively on the number of failing boys.

"The interventions that are being taught to teachers are more consistent with the behavioural patterns of girls ... . It is one that would be more amenable to the problems that girls are experiencing," said Hyatt, who heads the Department of Psychology, Counselling and Allied Services at The Mico University College Child Assessment and Research in Education (CARE) Centre. She was speaking during a Gleaner Editors' Forum held at the newspaper's North Street, central Kingston, offices yesterday.

"When you talk to a teacher about classroom-behaviour management and modification they will talk about things like time out. This has its place, but what the data show is that girls tend to respond more favourably to time outs than boys."

She added: "So when you try to use a strategy like that in a classroom with boys, it's going to be less effective and these are some of the strategies that we are taught."

In the meantime, head of clinical services at The Mico University College CARE Centre, Salomie Evering, said one of the possible causes for the curriculum being so heavily tailored to girls could be that more women are engaged in the planning process.

"Usually, when the curriculum is being written, you have a wide sector of consultation, and the possibility is that it might be mainly women," she said.

Evering also advised that another solution in moving forward is to ensure that the educational challenges of children - and in particular boys - are identified early.

"Early identification and early stimulation, we can't overemphasise that. When we do these exams or tests, we have to read what the tests are saying. We aren't just using it for formality. Once we ensure early identification and then stimulate them, we move on. So when they come to grade four, we don't have to worry because we would have done some serious work with them from early," she said.

Additionally, the psychologist said more needs to be done to tackle the social challenges facing boys, adding that a part of the problem is that boys are being neglected.

"When we go in the school, we see a lot of boys. Ninety per cent of them have failed the Grade Four Literacy (Test) at least three, four times. When you are working with them, (by) the way they look, you can see the neglect in some of them," she said while calling for parents to do more.