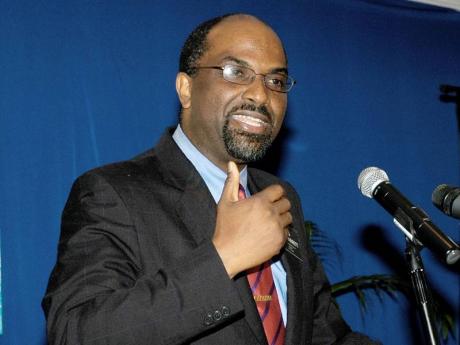 A senior government-relations specialist in the United States (US) has declared that Jamaican financial institutions should "stop wasting their money" trying to revamp their operations in preparation for the implementation of the new American tax law, the Foreign Account Tax Compliance Act (FATCA).

The advice from James Jatras, who also manages the US-based website repealfatca.com, comes in the wake of a report in the US that the Treasury Department will miss the January 1, 2013, deadline it had set to publish the final regulations that will govern the new legislation.

This is the second missed deadline for the publication of the final regulations and analysts say it raises doubts as to whether the new law, designed to track American tax-dodgers worldwide, will be in place by June next year.

According to him, the delay is an indication that the US is finding it increasingly difficult to convince other countries to sign reciprocal inter-governmental agreements and said financial institutions in Jamaica and the rest of the Caribbean should stop pushing their governments to negotiate a deal with Washington.

"This is exactly what Washington wants … . Washington knows they cannot enforce FATCA unless your country and other countries agree to put the shackles on themselves," he said.

But it appears Jatras' advice has come too late for some local financial institutions which, according to Earl Jarrett, the general manager of Jamaica National Building Society (JNBS), have already spent "a lot of money" to engage the services of accountants and attorneys "to help get ready for FATCA".

The JNBS boss said he was viewing the pending legislation from two perspectives.

"I am looking at it from the point of view that there's something that's coming that will require me to act in a particular way," he said.

"On the other hand, I am also trying to encourage the Government to look at the policy issues to either make this thing go away or find a way to ensure that it is done in a fashion that doesn't cause me to break any Jamaican rules," Jarrett added.

FATCA, which was passed in 2010, requires foreign financial institutions (FFIs) worldwide to sign an agreement to identify, document and report savings, investment and life insurance on "US persons" with accounts containing at least US$50,000 or the equivalent.

The law also applies to non-US citizens who stay as long as 183 days or six months in the US. Their taxes will be estimated from the first day they enter the country.

The FFIs are required to sign agreements with the Internal Revenue Service in the US by January 30, 2013, with reporting scheduled to begin in June.

FFIs that do not comply will be subject to a 30 per cent withholding tax by US authorities.