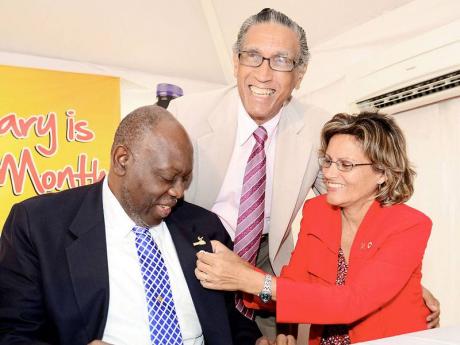 THE HEART Foundation of Jamaica (HFJ) on Tuesday officially launched Heart Month 2013, which is being observed under the theme: 'Risk for heart disease: does sex matter?'

Activities for the month will continue until the end of February.

Addressing the launch at the Spanish Court Hotel in Kingston, chairman of the Heart Foundation of Jamaica Dr Knox Hagley said one of the reasons fuelling the high rate of heart disease in Jamaica is that Jamaicans continue to pay scant regard to the preventative measures.

"There are things that can be done to lessen the impact of the disease that are not being done. Two most prominent causes of heart disease in Jamaica (are) hypertension and diabetes. It's such a tragedy that we see parents suffering from these disorders and not trying to let their children know that they don't have to come to the same kind of problem."

In the meantime, Deborah Chen, HFJ executive director, said the centre is seeing where a near 40 per cent of the electrocardiogram tests carried out show abnormality.

Additionally, she pointed out that the obesity has become the "most striking" in terms of gender difference and that there are signs to suggest that the population is becoming increasingly overweight, thereby increasing the risk of heart disease.