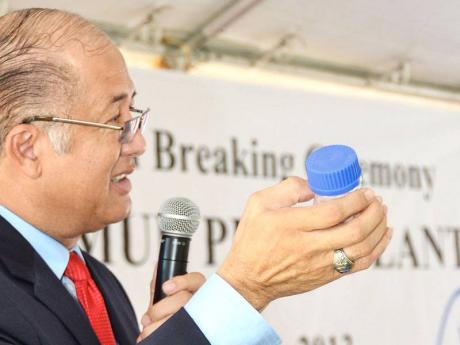 Jamaica has detected promising signs and will seek to harvest titanium metal from its bauxite/red mud waste if intial tests are validated.

"Our red mud has iron and titanium at six per cent and we will be looking for each of these minerals in our pilot tests," said executive director of the Jamaica Bauxite Institute, Parris Lyew-Ayee.

The tests on the red mud samples by Japanese firm Nippon Metal Company will range over three months once the laboratory facilities are in place.

The tests will determine whether the resources are available in sufficient quantities to be exploited commercially but the possibility is already exciting Jamaican mining experts as well as foreign investors. Rare earth elements can potentially propel Jamaica into economic prosperity, Lyew-Ayee said Monday while addressing the Rotary Club of St Andrew North.

"I think this will have a major impact on us," said the JBI director. "Our bauxite is really God blessed."

Rare earth minerals are utilised to make components in smartphones and a slew of other small gadgets. Jamaica expects to export 1,500 metric tonnes annually within "two to three years" if the pilot is successful. However, foreign investors are already queuing to take advantage of opportunities, Lyew-Ayee said.

The exploration is already drawing interest from prospective investors hoping to take advantage of the opportunities that could arise.

"Every day people are coming to us asking to set up companies in Jamaica," said Lyew-Ayee. "There are companies from Canada and Brazil who want to come here if we have the rare-earth."

The pilot test is a 50/50 partnership between Nippon and JBI, under which Nippon is exclusively funding a US$3 million laboratory under construction at the JBI complex in Kingston. Commercialisation of the project will require a separate set of negotiations for the split of ownership, said Lyew-Ayee.

"We are not selling it out. We want to go as far downstream as possible," he said.

Jamaica has known since the 1980s that it has rare-earth resources but the extraction process and China's dominance of the world market were said to have dissuaded production.

Nippon has since developed new extraction technology and interest in the minerals has increased with data showing that rare earth from Jamaica is over 13 times more potent than China's resources.

The rare earth trial set to begin shortly and last three months will seek to extract rare earth, titanium and also iron within commercial quantities. All three elements are found within the mud. However, extracting for commercial use remains the challenge.