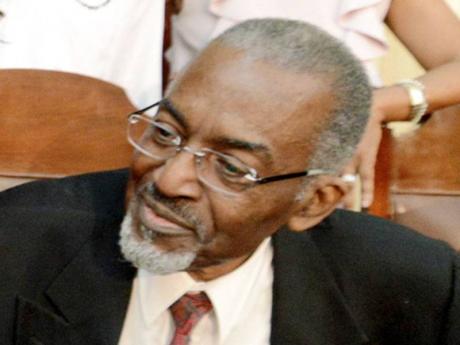 DESPITE being adamant that the grant of $45 billion to the Government for fiscal consolidation will not impact the viability of the National Housing Trust, the trust's management is admitting that no detailed analysis has been done to determine the trust's level of surplus by 2016.

"We have projections to the end of this financial year, we have not yet gone beyond that," NHT Chairman Easton Douglas said yesterday at a Jamaica House press conference.

"At the end of this financial year, I can tell you we have calculated that it will be approximately $22.9 billion," Douglas said.

The Government, as part of a move to increase revenue, has imposed a $15.9-billion tax package on Jamaicans and has tapped the NHT for a total of $45 billion over the next four years.

Finance Minister Dr Peter Phillips said the increase in taxes and the raid on the NHT have been triggered by the International Monetary Fund (IMF) requiring that the country's primary surplus be increased from six per cent to 7.5 per cent over the medium term.

"The assistance of the National Housing Trust was sought since they are the holders of revenues that have already been paid, so as to prevent imposing even more new taxes," Phillips said.

Yesterday, Douglas and Cecile Watson, the managing director of the NHT, when pressed about the impact of the withdrawal on the trust's balance sheet, said sufficient analysis has not been done to provide such forecasting.

"We have not done the calculations," Douglas insisted.

He, however, said that based on historical trends, the board is confident that it would have funds to carry out its normal operations.

Watson has said the NHT would have to modify its programmes to ensure that "we can build up the levels of surplus that would facilitate the contribution as required".

In the meantime, the NHT's balance sheet is to be further impacted by its participation in the National Debt Exchange, the debt swap which ended yesterday.

Hours before the close of the offer, Watson said the trust was "in the process of finalising how we would swap into the new instruments" to determine what instruments would be taken up.

"I can't give you a dollar-figure impact," Watson said.