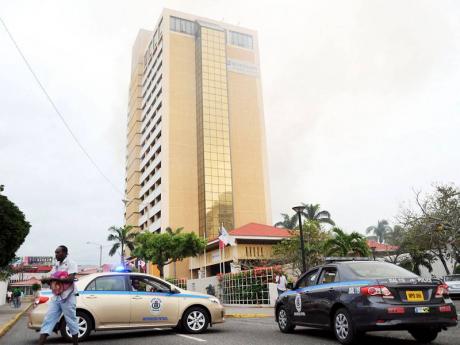 A section of New Kingston is blocked off yesterday morning after a fire broke out at the Wyndham hotel. - photos by Norman Grindley/Chief Photographer 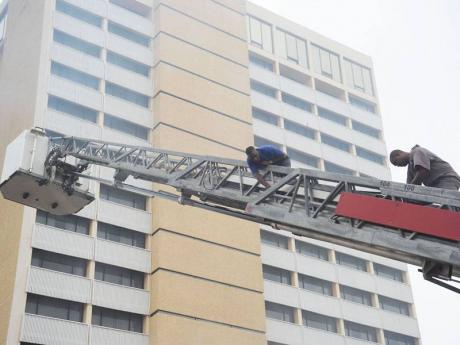 A fire truck bucket is hoisted above a section of the hotel. - photos by Norman Grindley/Chief Photographer 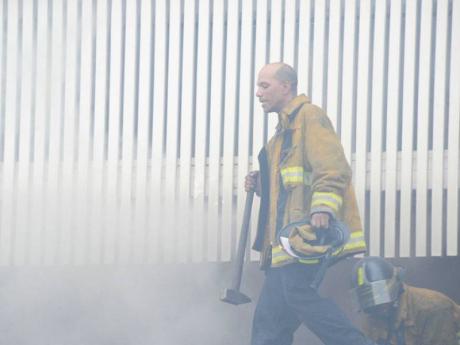 A fireman walks by a smoky area at the hotel. 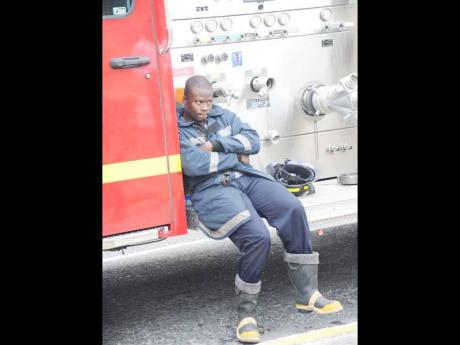 A firefighter takes a break from battling the blaze. 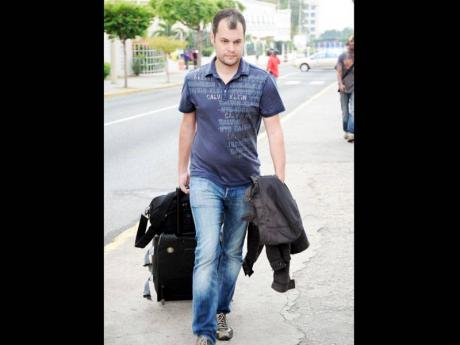 A guest carries his bags from the hotel after being evacuated as a result of the fire.
1
2
3
4
5

A major fire at the Wyndham Hotel in New Kingston early yesterday morning temporarily shut down operations at the hotel and forced the management to send home workers and relocate guests to other hotels.

Firefighters battled the fire for several hours as they tried to contain the blaze.

According to reports, approximately 12:30 a.m., a fire broke out in the kitchen and spread to nearby areas, including the ballroom, but was contained before any damage could be done to the southern end of the building.

Seven units from Kingston, Half-Way Tree, York Park, and Spanish Town responded to the fire. Two firefighters received burns and were treated at the Kingston Public Hospital and later released. There were no reports of any other injuries.

As the firefighters worked throughout yesterday, sections of New Kingston in the vicinity of the hotel were blocked off. Some businesses were also disrupted.

Up to press time, the hotel remained closed while clean-up operations were under way.

Up to last night, the cause of the fire was yet to be determined.

The management at the hotel said an assessment was being done to determine the damage to the 303-room facility.