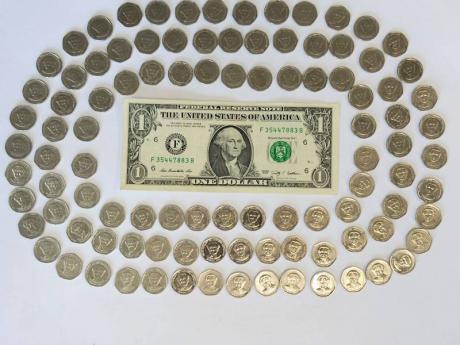 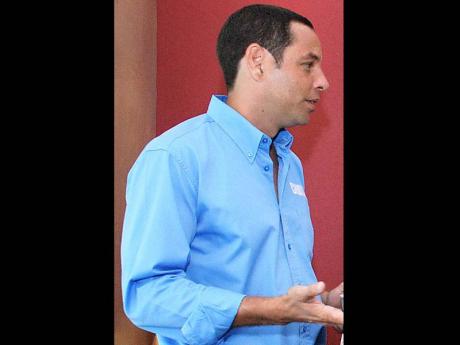 Currency movements between today and tomorrow could tip the Jamaican dollar, which closed on Friday at $99.51 to US$1, to the triple-digit mark, shattering a psychological barrier and continuing a three-decade trend of post-election heavy dips.

"It is not just a psychological benchmark. It has significance in influencing the cost of living from food to bus fares," Melville told The Gleaner. "It affects us because we do not get all our money in US dollars. So it is putting a lot of pressure on the business."

Chukka, based in Jamaica with operations in the Caribbean, has a staff complement of some 400 with revenues of more than $1.3 billion based on published financials up to December 2012.

"With 150 vehicles [in our fleet], our gas bill is going up every week," Melville said.

The local currency usually depreciates about five per cent per year, making this current round higher than usual, or roughly the ninth largest dip in 30 years, according to Jamaica data (BOJ) in the Statistical Digest analysed by The Gleaner.

"It has cast a lot of uncertainty in the marketplace," Levy, a valuation surveyor, told The Gleaner. "Sellers are attempting to peg transactions in US dollars to protect against the depreciation. It is not popular with buyers."

He added: "So it might be a situation where some prices are still in Jamaican dollars but they peg it to a certain US dollar amount, so if it takes 60 to 90 days to close the deal you have to find the additional amount to equate to that US dollar equivalent amount."

While many Jamaicans for some time have referred to the J$100 as a 'bills', the slang will now reflect reality in currency conversation.

"It now costs a 'bills' for a bill. It is like we have lost our grip on manoeuvring our financial future," reasoned actor and poet Jerome Butler on Friday. "It's like 100 Americans are standing on the shoulder of one Jamaican."

Butler, who played the slain Rastafarian in the local movie Better Mus' Come, explained that the depreciation over the years has significantly affected his cost of living.

The decline of the dollar intensified since last year with delays to the finalisation of an International Monetary Fund (IMF) loan agreement. Two weeks ago, Garnett Roper, a member of the People's National Party's National Executive Council and chairman of the Jamaica Urban Transit Company, asked whether the dip to J$100 reflected a conditionality of the IMF agreement.

Contextually, successive administrations over the last 30 years have been most strident in the defence of the dollar during general-election years; achieving either the lowest (in four of six elections) or second lowest depreciation over that term of administration. These feats are most evident in the 2011 and 1997 general elections, the only years in which the dollar actually recorded an annual appreciation in its selling rate over 30 years, BOJ data indicates.

Conversely, the greatest pace of depreciation mostly occurs one to two years following a general election, according to BOJ data analysed by The Gleaner.

The dip to triple digits at J$100 to US$1 will see the island join a group of some five fast-growing Latin American nations but unfortunately not for its economic prowess rather for its currency depreciation. The island continues to lag economically with growth rates over the last 30 years of some one per cent per annum. Paraguay, Colombia, Costa Rica, Chile and Guyana are the only major countries among 35 nations in the region with currencies requiring more than 100 units to buy US$1 based on currency checks and cross-checks by The Gleaner.

Venezuela and Brazil, which previously suffered from hyperinflation and depreciation, issued new currencies alongside policies of stabilisation, while other economies, including Ecuador and Panama, have dollarised to avoid currency fluctuations.

Market experts expect normality to return to the local foreign-exchange market with an IMF agreement, as it would result in an influx of foreign exchange and unlock loans from multilateral agencies.

"The uncertainties relating to the IMF negotiations are also expected to linger until an agreement is signed. In the interim, consumer spending is expected to remain weak, further weighing on economic activity," said the National Commercial Bank in its annual report.

"A turnaround in local conditions is hinged on continued improvement in the US and other major trading partners. In addition to this, an agreement with the IMF will go a far way in restoring confidence and will facilitate access to credit from multilateral organisations which can be used to undertake activities aimed at improving economic activity."