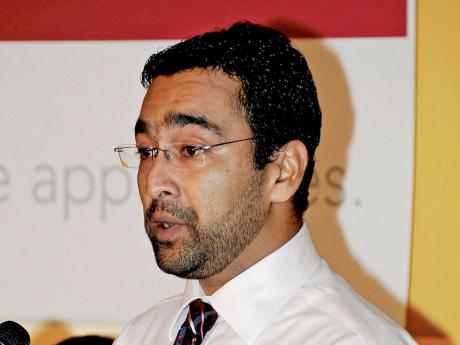 The 12 sites originally identified as potential geothermal energy sources have been narrowed to six as the feasibility studies unfold.

Geologist Krishna Vaswani and partners in the project announced in January, aim to produce electricity from heat trapped underground, for the first time in Jamaica.

Construction of the 15mw geothermal plant has a "likely" start date of 2016, but the final timeline will be determined by the research, the geologist said. Work on the plant should start in a year and a half after the research is concluded, he indicated.

"We've done quite a bit of feasibility studies," said Vaswani, but he declined to name the six sites.

He told Wednesday Business that the sites hold "potential" reserves, and that establishing the "proven" levels would happen at a later date.

Geothermal energy is considered one of the cleanest forms of energy apart from wind.

"Jamaica is not an active tectonic area - but it does have faults running through the country," Vaswani said.

Vaswani indicated in January that the project may cost US$15 million and that he and his partners aimed to raise US$4 million in equity for the 15-megawatt project.

Now he says the project is a "very sensitive topic" and that he was "not going to disclose" how much funds had been raised.

"But there is potential," he said. "There is interest and we are happy to speak to anyone who wants to come in."

He declined to name the company through which the project is being executed, nor would he disclose name of his partners, saying they want their involvement to remain confidential at this time.

The Government has set a target of 30 per cent for alternatives in the oil-dominant energy mix by year 2030. A small percentage of energy output now comes from hydropower, wind turbines at Wigton and the largely private use of solar energy equipment.

The Office of Utilities Regulation has requested proposals for 115mw of renewables, but Vaswani said he did not bid on that project.

"We did not go for the renewable bid because Jamaica doesn't have 115 megawatts of geothermal energy," said the geologist.

With an approximate cost of US$2 million per megawatt of geothermal energy "is a very, very costly form of energy in terms of development", he said.

"We are going slowly and cautiously, but looking at doing something in the next two years. We have to crawl before we can run."

Other islands in the Caribbean have more geothermal energy because their volcanoes are active, with St Lucia for example, having "hot water bubbling out of the ground," Vaswani said. Other active areas include Indonesia, Chile and Trinidad & Tobago.

When Vaswani pitched the Jamaican project earlier this year, it was reported that the team then estimated Jamaica's geothermal energy capacity at 100mw. Vaswani now says the estimates could fluctuate.