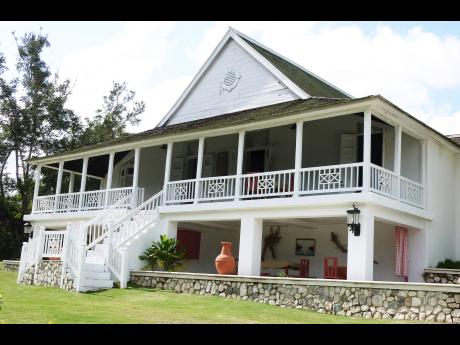 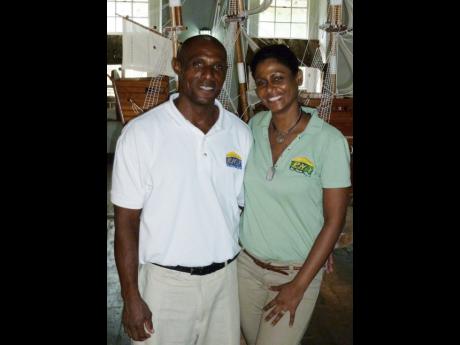 Rio Nuevo Village in St Mary is an exceptional attraction with a unique and exciting history and an impressive great house museum that houses priceless artefacts dating back over 1,000 years.

The 30-acre estate, which is located on the north coast midway between the parish's best-known hotels - Couples in Tower Isles and Beaches in Boscobel - was first inhabited by Tainos sometime around 900 AD.

Spanish invaders followed 500 years later, and by the end of the 17th century, a large number of African and British settlers had arrived.

According to David Wilson, part-owner and managing director of the property, Rio Nuevo Village was once part of the biggest Taino settlements in St Mary and is currently one of the most significant historical sites on the island.

He told Rural Xpress: "This site pretty much covers all of Jamaica's early history. We have artefacts that show the existence of the Tainos, Spanish, Africans, and English.

"When they came here, the Tainos were kind of innocent because they lived off the earth and were completely natural. But this innocence was lost with the arrival of the Spanish and English, who were discovering the New World and who introduced the Tainos to lifestyles they knew nothing about.

"In the 1600s, this was a well-visited property and operated as a sugar plantation. It was a vital spot in terms of the trade in slaves and goods and was part of where the war took place for control of Jamaica in 1658," he added.

Wilson was born in St Andrew but remembered going to the property as a child. "My parents are from Retreat (located a few miles south), and this place was an early stomping ground for me as a kid. I remember coming here to go to the river and beach."

After travelling to America, graduating from high school, and spending six years in the United States Navy, Wilson decided to get into real estate and the restoration of historic buildings. At the time, he had no way of knowing his new vocation would prepare him for a special project back home in Jamaica.

"It was completely by chance that I came home and found somewhere with such historical significance," he explained.

"I actually acquired [Rio Nuevo Village] for development with a partner, but as we began working on the infrastructure, I discovered its historical significance through the artefacts we inherited.

"Most of the real estate around here has been developed, but this is one of the few places that has been preserved."

Wilson and his team have negotiated agreements with the Jamaican National Heritage Trust and the Archaeologist Society of Jamaica to help them excavate, research, identify, and preserve the pieces they find.

The great house museum showcases many of these valuable pieces, including ancient artefacts that reveal some of the strange rituals and customs of Jamaica's earliest inhabitants.

Amanda Basdeo, the museum's curator, explained: "Tainos were very spiritual people who would pray for everything. For example, if they had a crop of cassava, they would carve a phallic symbol and put it in the field as a representation of reproduction. In their minds, they were asking their God to bless the crop and make it bountiful."

Wilson uses the sprawling and picturesque site to host corporate functions, weddings, and detailed tours, which explore the myriad cultures that have occupied the property during the past millennium.

Nevertheless, he acknowledges that it may take some time to unravel the full story behind the property's use as a military location during 17th and 18th centuries as much of this information remains 'top secret'.

Wilson explained, "A lot of the history that's here is not really listed because the site was probably a military base.

"From my experience, a lot of the military stuff won't be identified for security clearance, so quite naturally, a fort such as this would not appear or be identified on a map."