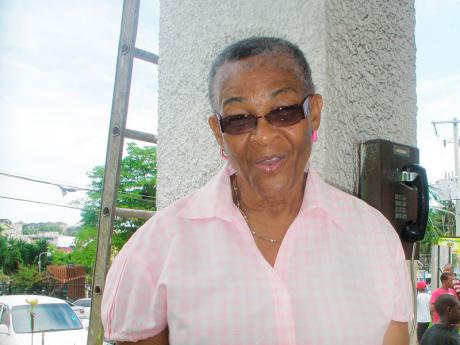 It was the norm in some households in rural communities to use newspapers for domestic purposes, but Doreen Spence ensured she was an exception to the lot.

"My first encounter with Gleaner was when I was six years old. My mother brought home pages of the paper to wrap things and to line the bottom of her market bag, but I used to read it before she used it or dust it off and read it after taking it out of the market bag," Spence said.

At about 14 or 15 years old when the community started progressing and Spence was able to make frequent trips to the town, it was as if things came to life for her and the community as the newspaper became more accessible.

"I loved reading sections of The Gleaner to mama, especially the Children's Own, but then I fell in love with all the sections as they were available to me. Everyone in the district saw it as 'the' paper in print media, it along with its companion, The Star. Upon receipt of the paper, residents would regularly talk about what was in which paper. Topics such as court cases, election results, and special murder cases were always up for discussion," said Spence.

Reading the paper was a trend that followed Spence, and as a teacher, she used it to spearhead a project called 'Gleaners in Education'. Students were taught to read editorials, headlines, and to predict outcomes and boost their literacy, and they were given a chance to tour The Gleaner Company's facilities.

Spence said that she has options, but her choice is to stay with The Gleaner.

"Up to this very day, The Gleaner is still my favourite, and it's not just me. My siblings who live overseas ask me every time I go up to visit them to carry copies of The Gleaner for them, even though it is available online. My daughter, too, who lives in St Kitts, keeps abreast of quite a lot of the news from The Gleaner. There is just something about The Gleaner. It addresses a wide range of issues, and it is written in layman's terms. It is also very consistent, versatile, and its layout is brilliant."

Spence said with more freedom given to journalists, The Gleaner has been able to provide more in-depth content and cover a wider range of stories, including international news, which aids its credibility

"You have persons in my district who believe once it's in The Gleaner, then it must go so, and this is because The Gleaner has woven its credibility into the hearts of the people. It's 180, going strong, and still my favourite. It has a high standard and calibre of journalists, who I admire. The quality is good and it is depended upon in every nook and cranny.

"Over the years, it has maintained quality production, and for such a product to be sold so cheap, I think it's just amazing!"