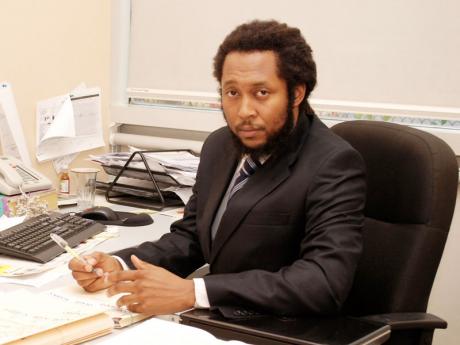 A collection of sauce makers, Jamaica Jerk Producers Association Limited (JJPA), has applied for registration of the 'Jamaica Jerk' as a geographical indication mark.

It's the first such application by any local group, Marcus Goffe, the manager of the Trademark Design and Geographical Indications Unit of the Jamaica Intellectual Property Office (JIPO), said Monday.

The application is now set for review by JIPO and should be available for public scrutiny in July. It will be advertised for two months in the event that there is any other group which wants to object, Goffe said.

The issue of the GI mark for jerk was first raised at the annual shareholder meeting of GraceKennedy Limited last Wednesday, May 28. GK is a member of JJPA and a manufacturer of jerk products sold on the international market.

GK group CEO Don Wehby said Tuesday that once the mark is registered in Jamaica, jerk products, which do not meet the standards that have been developed, would not be able to market their products as 'Jamaica Jerk'.

"Producers who are not association members can use 'jerk' on their labels but not 'Jamaica Jerk'," Wehby said.

He expects the GI will be registered by 2015.

From a review done by Wednesday Business, jerk products made locally for the retail shelf include glazes, sauces, marinades and seasonings. They are used both in meat and vegetarian dishes.

Bureau of Standards Jamaica and JIPO collaborated on the development of the Jamaica Jerk Code of Practice, which outlines the formula and standard for production of Jamaica Jerk seasoning and sauces.

A control manual containing the specifications, procedures and the relevant parameters for Jamaica Jerk was developed and JJPA filed an application in May 2014 for the GI mark to be registered in Jamaica, Wehby said.

Among the expected spin-offs to JJPA members, according to Wehby, is a bigger bang for the buck through collective marketing, IP protection for authentic Jamaican jerk products, and the opportunity to develop a niche market for such products.

"Members would likely see increase in revenues as owners of non-genuine Jamaican jerk products will have to remove their products from markets where the GI for Jamaica Jerk is registered, leaving room for increased revenues, especially from overseas markets," said the GK head.

"Furthermore, while there are guidelines for JJPA members regarding the ingredients of the jerk products, each member would maintain their own trade secrets regarding how the different ingredients are used. It is believed that Grace-branded jerk, under the Jamaica Jerk GI mark, should continue to experience high demands," he said.

Goffe said any producer can use the GI mark, provided they meet the criteria and conform to the codes of practice and any applicable standards.

What registration seeks to do is to "present to consumers in the international marketplace an indication that there is a difference between jerk and Jamaican jerk and to attach a premium over and beyond every other type of jerk," said Goffe.

"Persons who are entitled to use that GI will be able to do so internationally. The expectation is that they will have a greater demand by virtue of them being able to different themselves from a whole lot of jerk products which are not authentic and which, from our point of view, is not Jamaican jerk. It is really to give them more market access or more market share."

Wehby said the Jamaica Jerk mark will also be registered in the European Union. "Also, by virtue of the bilateral agreement Jamaica has signed with the government of Switzerland, Jamaica Jerk products will automatically be protected in Switzerland," he said.

After registration, it will be up to the applicant to police the mark, and enforce their rights against illicit users, said Goffe.

The JIPO official says he expects the association of spirits producers to register Jamaica rum as a GI mark, hopefully soon.

"It's in their interest and in the interest of Jamaica overall. What we have done in the past is just seek to educate the various sectors about the relevance of GI protection," Goffe said.

The Swiss government sent several experts here to do GI training and Jamaicans also visited Switzerland and France for exposure to their processes.

"In terms of the actual process of applying, we don't want to get involved in that since, as an IP office, we will be the ones to examine applications when they come. What we do is simply facilitate in terms of getting the capacity up to par. But then it's left up to the producers, when they are ready, to file the application for GI registration."

JIPO is also working with the producers of Blue Mountain coffee and is hoping they will seek a mark for the world-class brand.

"Blue Mountain has a long history in Jamaica and internationally. They have protected their brand largely through the use of certification trademarks," said Goffe.

"Maybe it is not as urgent for them as such, since they already have this reputation internationally, but we are hoping they will also file a GI application as well in the near future."