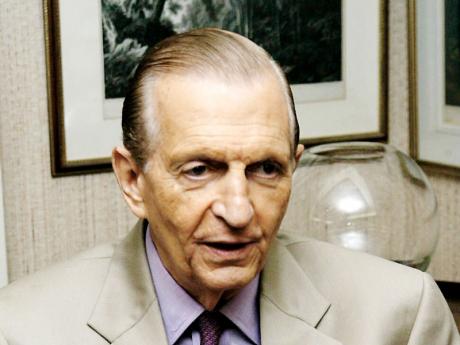 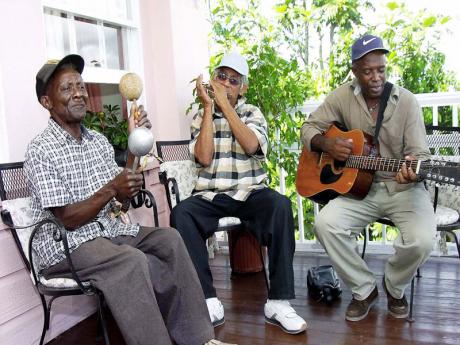 Jamaica's mento music has gained immeasurable grounds on the international music map in recent years. The Jolly Boys, a Jamaican mento ensemble, may have contributed most to the resurgence and the musical mileage of a genre that has been given scant recognition, but still holds pride of place as being Jamaica's first and most indigenous popular music.

Whereas the other seminal form of Jamaican music - ska - was born out of sheer imitation and experimentation with American rhythm and blues and boogie, mento was home-grown, having its roots in the slave plantation system of the island.

Former Jamaican prime minister, Edward Seaga, who has done extensive research in early Jamaican folk music, reflectively commented in an interview I had with him some time ago, saying, "It's quite different. Whereas the mento had rhythm, the music we developed from the American boogie had beat. It is a deeper thing, deeper by way of extension." Mento also holds pride of place as being the first genre to be recorded for commercial purposes.

Mento music, imbued with a rural flavour, gained momentum in the late 1940s, providing the only source and supplier of music for dances, parties, receptions and other social events. There being no sound systems or discos in those days, mento bands, in a sense, played the role that sound systems did in later years. And to be frank, not too much detraction can be attributed to the performances of mento bands, when compared to late-1950s sound systems.

According to Alerth Bedasse, lead vocalist of the Chins Calypso Sextel, arguably the most popular mento band of the genre's golden age (1950s), "people would dance and prance, and be in very high spirits during mento performances".

In its rudimentary stages, musical slaves created an orchestra of sounds that belied the crude and primitive instruments they used, which included home-made drums, bamboo saxophones and flutes, a horse or donkey jawbone, with a spoon or fork drawn against a grater. It was indeed the earliest glimpse of what would become known as mento.

As the years went by and the 1940s dawned, new instruments were added, some replaced, resulting in the average mento band consisting of a fife, banjo (resembling a guitar), rhumba box (acting as a bass), bamboo saxophone, and maracas.

Soon, European instruments and the 'quadrille' rhythm, brought to the plantations by European slave owners, became a part of the concoction. It created a sweet honey-dripping Jamaican sound that will forever remain one of the mysteries of the music business. That music, however, was unable to make giant strides during its period of dominance (1950-1957), mainly due to its suggestive lyrical content, and the consequent refusal of radio stations to give them airplay. Although the lyrics of many top mento songs were suggestive, they were ambiguous, and was nothing compared to what's happening in the dancehall these days.

Bedasee had a humorous take on the matter: "When I compare what I hear these days with mento, perhaps mento could be played in a church."

The man who was under siege from the church, the government and civic organisations for his witty suggestive lyrics was the relatively unknown but talented Everard Williams, lyricist extraordinaire, a schoolteacher of high repute, and a man described by Bedasee as "a genius who could write a song in glowing poetry, about almost any event, in virtually no time".

Williams wrote all the songs for the Chins Calypso Sextet, in addition to songs for other artistes. In a 2005 radio interview, the 77-year-old Bedasee, who many thought had died, before I found him at the National Workers Union, along East Street in Kingston, related to me that Night Food, written by Williams, was his first for commercial purposes, and indeed started the drama. It became the fastest-selling Jamaican record, and the most popular mento recording.

talk of the town

Shortly after the 1951 Hurricane Charlie, Bedasee said Night Food created a musical firestorm that became the talk of the town and had almost every musically inclined Jamaican searching for a copy. In an interview shortly before his passing, Ken Khouri, who was responsible for the pressing of the record, reportedly said that its enormous sales helped him to construct the Federal Studios at 220 Marcus Garvey Drive. What was ironic, however, was that no one wanted to accept the risk as a producer, since the contents were pregnant with 'slack' lyrics. One brave man named Sanford, who operated an electronic shop along Church Street in Kingston, decided to take the chance, and he never regretted it. In Night Food, Williams' ambiguity revealed some amount of sexual connotation:

"I really thought that I was

till a woman make me realise

that of the proper knowledge I

for I did not know what they

Inside I have some nice night

I hope you are in the

This sounded to me now very

as she didn't visit the kitchen

Williams followed up with some 40 compositions for Count Lasher, The Ticklers, The Chins Calypso Sextet and others.

The Jolly boys, Alerth Bedasee and Everard Williams are only three of several mento giants that have helped to place mento music at the forefront of Jamaica's music. Although reggae may be the first to be mentioned, visitors' first experience of live music would most likely be a mento band at the airport or at the hotel's pool bar, or even on a cruise ship docked in the harbour.

The Jolly Boys, whose career stretch way back to the 1950s, has many such experiences, having performed on Port Antonio's north coast for decades. Their big break came in 2009, when Jon Baker of Island Records and founder of Gee Street Records gave the group a test run at his studios in Portland. They delivered, and it resulted in contracts to record several foreign songs with a mento flavour. It was only the beginning of a twilight resurgence.